Camps in the Eye 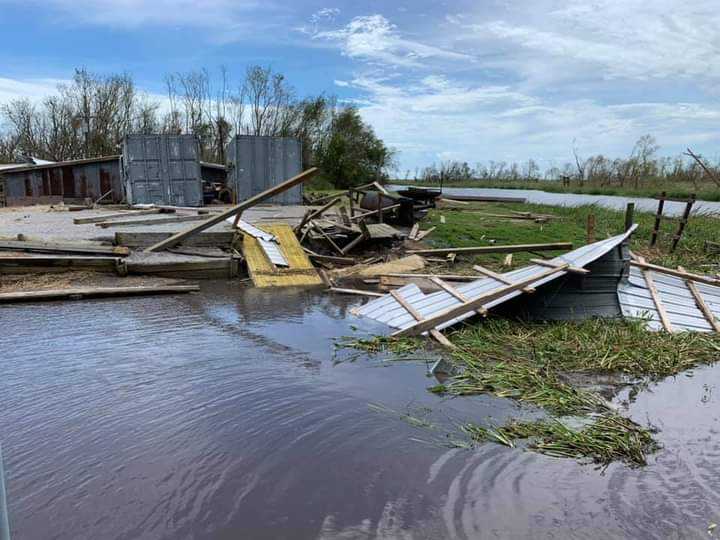 When Hurricane Laura roared into southwest Louisiana on August 27 many lives, homes, businesses and communities were changed forever. The Category 4 storm took at least 42 American lives and caused an estimated $14.1 billion in damage. Only weeks later, when thousands of families still had tarps on their roofs, Hurricane Delta hit just miles away. While the second storm wasn’t quite as strong, it found an already crippled target and caused another $2.5 billion in damage.

While much of the news in the aftermath of these storms focused, and rightly so, on lives lost and infrastructure either crippled or destroyed, there was another casualty few consider. In fact, if you aren’t a sportsman from Louisiana, you probably never thought of it at all – the thousands of hunting and fishing camps that mark the coastline.

You see, in Louisiana, hunting and fishing camps aren’t just a place folks spend a night a few times a year. They are part of the culture. They are every bit as much a part of childhood as the family home and Christmas dinner at the grandparents, and it’s no different for the older folks because they’ve been banking those memories for decades.

Magnum Outfitters owner Grant Hillman describes his family’s camp at Sweet Lake one such place. “Man, just so many ‘firsts,’ happened there,” he said. “That place was my kids first everything when it comes to the outdoors. First duck, first fish and first anything else you can think of to do in the marsh,” said Hillman. “It hurts, and I guess it will keep on hurting. 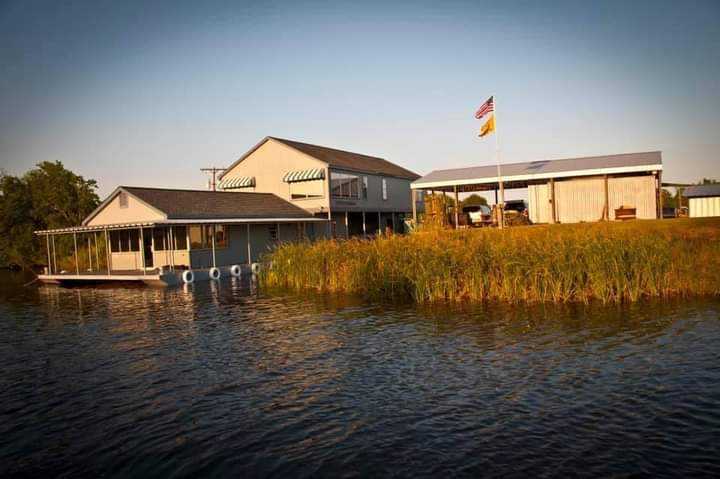 Sweet Lake Camp before the storms.

“That first storm got the camp good, but we were hopeful. The second did us in,” Hillman said. “To rebuild like before is now estimated at $450,000, and that’s just not in the cards. I’ll keep the marsh lease for family and friends, and we’ll figure out something else on the lodging. On the bright side, my fishing camp at Grand Isle is repairable after Zeta, so we should be ready to roll when folks start getting the itch this spring.” 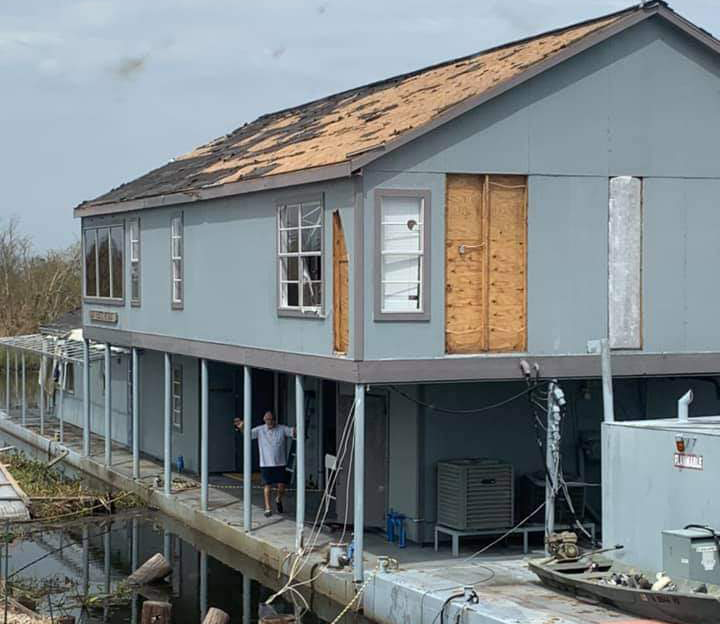 After the storms, Sweet Lake was beyond repair.

While Sweet Lake was on the bad side of both storms, the Hackberry camp of Go-Devil’s Warren Coco, was on the good. “You wouldn’t think it to see photos of the camp, but we got pretty lucky,” quipped Coco. “Our cleaning shed was destroyed, porches were gone and part of the roof disappeared, but the marsh was spared any tidal surge.

“That camp is there because of the fishing and the ducks, and fixing camp up was a lot quicker than restoring a damaged marsh. We put together a good crew, and in four weekends we had the camp fixed up better than ever. The wind is what got folks over here.” 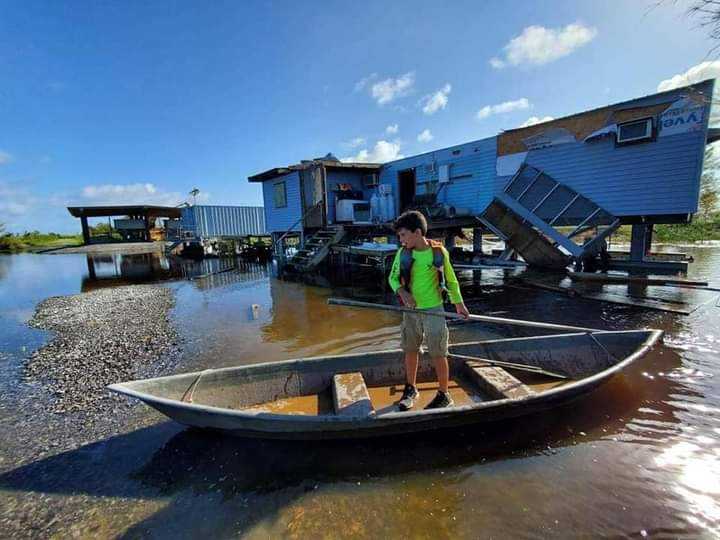 Warren Coco’s Hackberry camp looks rough, but a good crew of help had it back in four weekends.

Jim Bell’s Hackberry Hilton had to be leveled and rebuilt, but it’s getting done. The Haydel family camp sustained serious damage, but is on the way back. There are hundreds of similar camps just like these in the Louisiana marsh. The lucky ones took some elbow grease and materials. Some had to start anew, and sadly, some are gone forever. 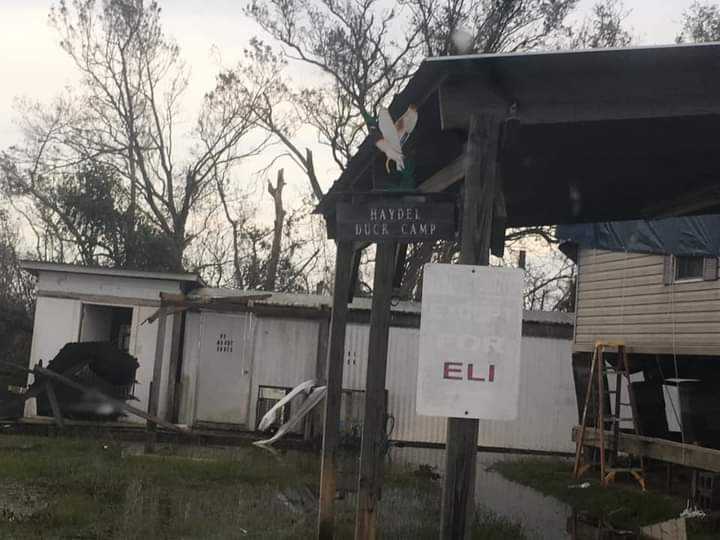 The Haydel camp saw some serious damage, but it’s on the mend. 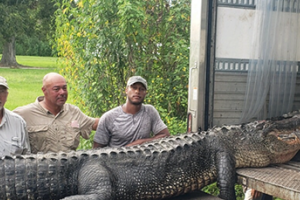 Next: “See Ya Later, Alligator”