How an Iconic Louisiana Species on the Brink Made its Comeback 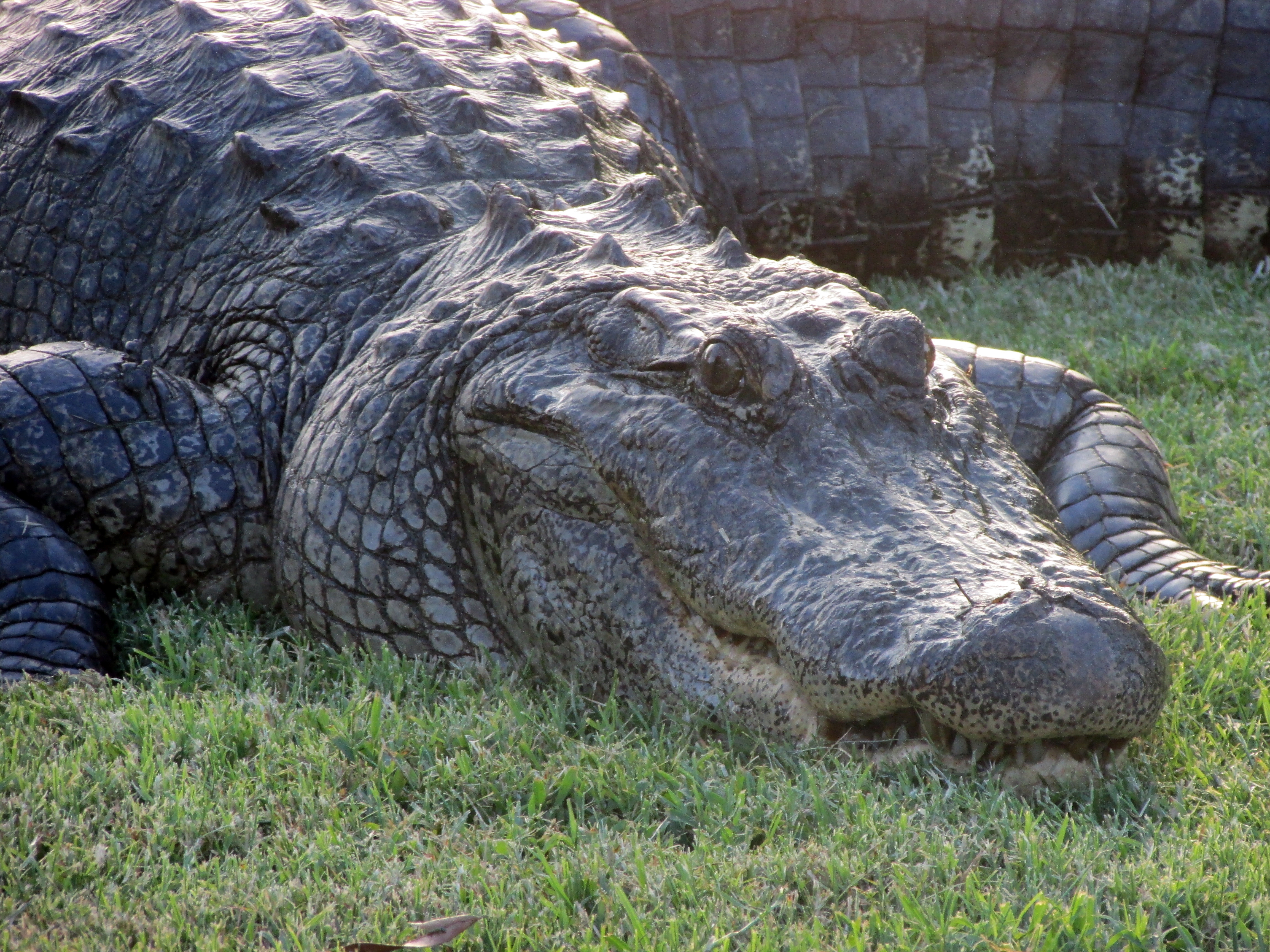 From Cajun folklore to the popular television show “Swamp People” to designer accessories, the American alligator has long been a species of intrigue and value. While this iconic reptile now thrives in the swampy landscapes Sportsman’s Paradise is known for, it wasn’t long ago that the alligator was pushed to the brink as a species due to overharvesting and habitat loss. Its comeback is one of the true conservation success stories of the 20th century, due in large part to federal and state wildlife agency research efforts and dedicated wildlife refuge areas and coastal restoration projects building wetlands.

It’s hard to imagine a Louisiana landscape without gators. Even the very first Spanish settlers in Louisiana wrote of the “big lizards” they encountered here back in 1600s. By the 1800s, Louisianians were harvesting alligator hides by the thousands for saddles and shoes and by 1860, American alligator hide was extremely popular and at peak demand -- the Confederate Army even used them to make boots during the Civil War. Eventually, this led to a decline in the species from overharvesting.

A century later, the harvest of the American alligator was officially closed due to population concerns and by 1967, the reptile was officially added to the Federal Endangered Species list. These drastic impacts to the species fueled the need for extensive research by the Louisiana Department of Wildlife and Fisheries (LDWF) for better insight into their life cycle, nesting and reproductive biology.

Thanks to this research and better management, the alligator population was rebounding enough just a decade later for LDWF to declare the species a renewable natural resource. Experimental hunting in three parishes began in 1972, slowly expanding in the following years to include 12 other parishes. By 1975, the alligator moved from the endangered to the threatened list, and with close monitoring and management, Louisiana opened statewide hunting of the species in 1981. The wild alligator remains one of the most regulated hunted species in the world, and brings in $60 to $70 million in revenue to Louisiana annually. 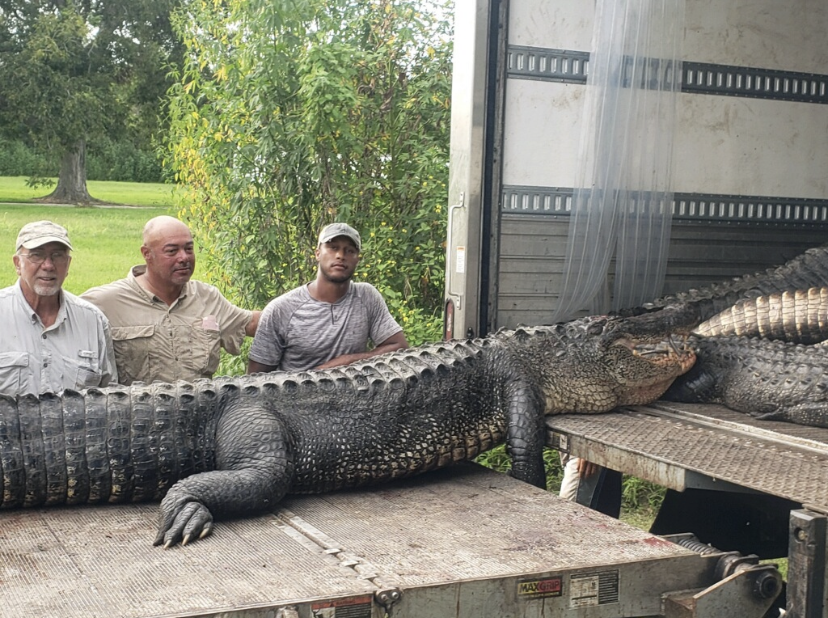 The crew of Swamp People with gators caught at the Brown family camp in Pointe a la Hache.

The 1980s also brought the advent of alligator farming in Louisiana. Farming not only helped meet the demand for gator skin, but also came with the requirement that 12 percent of all alligator eggs taken from private land must be returned to their wild habitats when the hatchlings reach 3 to 5 feet, ultimately helping to restore the population even more. By 1987, the US Fish and Wildlife Service completely delisted from the Endangered Species list, a major conservation and wildlife victory.

Several projects in Louisiana’s 2017 Coastal Master Plan will benefit crucial alligator habitat by reconnecting the Mississippi River to its wetlands and restoring coastal marshes. We can already see the river at work naturally in places like Mardi Gras Pass near the Bohemian Spillway in Pointe-A-La-Hache, Louisiana. As freshwater and the Mississippi River sediments have nourished this area, freshwater species such as alligator, crawfish, large-mouth bass, catfish, waterfowl, and even blue crab, have all benefitted from these recent hydrologic transitions. This in turn has provided increased recreational opportunity to the sportsmen of Louisiana. And as far as gators are concerned, this year hunters from the popular television series “Swamp People” harvested around 150 wild alligators from this very marsh.

This year, I went on my very first gator hunt out of Madisonville, Louisiana. We ventured into some canals off of Lake Pontchartrain and I was excited to finally harvest my first gator. Unfortunately when we pulled the line up, the gator unhooked himself. But thanks to coastal habitat restoration efforts, wildlife research and management efforts and decades of hard conservation work, I’m able to say “better luck next time” and look forward to still having a chance. 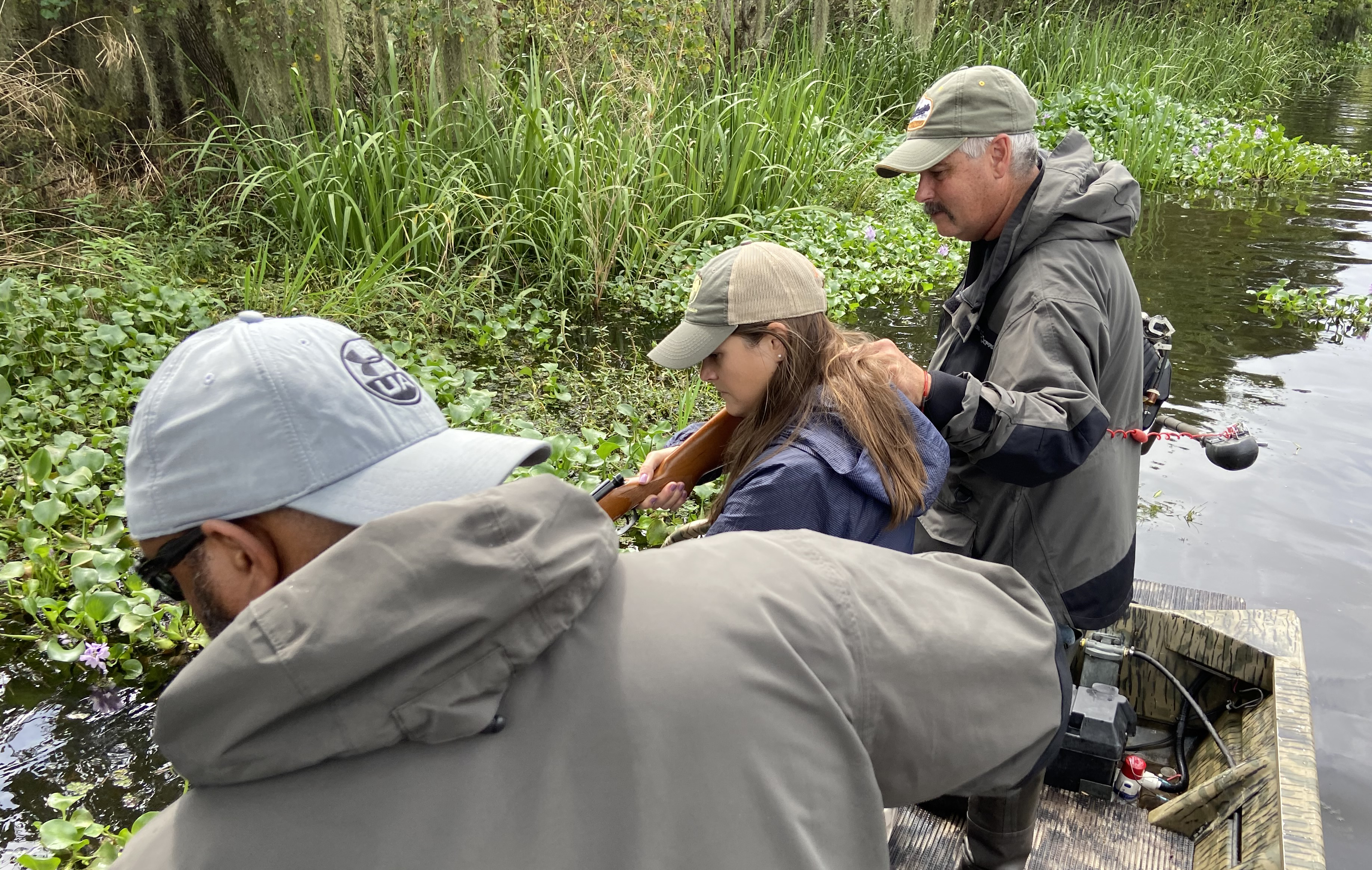 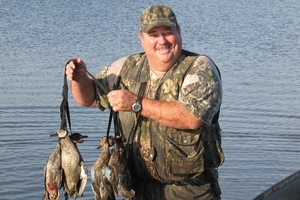 Next: Let There Be Teal