Vanishing Paradise is a program launched in 2009 by the National Wildlife Federation and Ducks Unlimited to advocate for restoration of the Mississippi River Delta. From meeting with legislators at the state Capitol to connecting outdoor industry leaders to the conservation movement, we're educating on the issue of coastal restoration in duck blinds, out on the water and in D.C. — and everywhere in between.

Our team remains committed to restoring the Mississippi River Delta, and since the 2010 Gulf oil spill, we have expanded our advocacy to helping restore other critical habitats along the Gulf Coast.

Engaging with leaders to reconnect the river with its wetlands.

Our Vanishing Paradise Sporting Council is a group of volunteer leaders who have a passion for the outdoors and for passing on our nation's conservation legacy. These individuals are working to enhance and expand Vanishing Paradise's reach so hunters and anglers across the country are aware of the Mississippi River Delta's and the Gulf Coast's importance to fish and waterfowl — and become inspired to take action to protect this great American landscape.

Vanishing Paradise staff coordinate and host fly-ins in D.C. and around the Gulf to bring conservation leaders together to educate and advocate with elected officials, policy influencers and other decision-makers. These meetings help us convey our message that we support a wide range of restoration solutions for hunting and fishing habitats, and we want to ensure funding is spent strategically to gain the most returns for the future.

Keeping the conversation fun with Conservation on Tap.

We host Conservation on Tap events in communities across the Gulf Coast, allowing us to bring our conservation messages to local breweries and connect with in-state conservation organizations, the hunters and anglers community and government agencies. 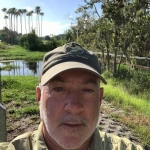 From his earliest memories in the river bottoms of West Tennessee, Bill’s life revolved around hunting and fishing. By his teens, he’d hunted ducks in all four flyways and fished from East Tennessee to the Pacific. As an adult, he’s hunted from prairie Canada to the Gulf of Mexico and the Chesapeake to the California Delta, but the Mississippi Flyway was always “home.” His professional career has been in the outdoor industry; from an obscure duck call salesman to Marketing Director at Avery Outdoors to, most recently, Managing Editor of the Mid-South Hunting & Fishing News, communicating with sportsmen has been the key to his success. 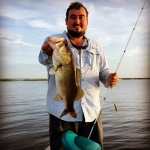 Growing up along bayou Lafourche, Matthew Waguespack learned how to hunt, fish, track, trap, and process wild game at a very young age. His grandfather taught him these skills in order to ensure that Matthew could always provide food for his family, even during times of shortage. This quality time spent with his grandfather first laid the foundation of Matthew’s passion for the outdoors.

Being an outdoor enthusiast, Matthew loves sharing his knowledge of animals and the outdoors with others. He believes that it is the duty of all sportsmen to introduce someone new into the outdoors. Matthew enjoys bringing people hunting and fishing because it allows him to provide a tangible opportunity to showcase the importance of conservation along with the habitat and resources he is trying to preserve.

Matthew graduated with a bachelor’s degree in Interdisciplinary Studies from Nicholls State University. During his college career, Matthew was an active member of the Kappa Sigma Fraternity and the Nicholls Bass Federation.

After graduating college, Matthew’s professional career first revolved around sugarcane research and crop consulting. Matthew then moved to the Caribbean to work on a project that focused on implementing farming technology in the Virgin Islands. Upon returning to Louisiana, Matthew was then hired as a full time hunting and fishing guide for lodge in Terrebonne parish. 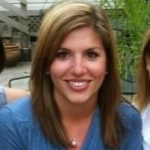 Emily holds a J.D. and a Master’s in Communications from Loyola University New Orleans, and dual Bachelor’s degrees in English and Mass Communication from Nicholls State University.

Prior to joining the National Wildlife Federation team in 2009, Emily was the media director for the Foundation for Individual Rights in Education, a national legal and public advocacy nonprofit, and also worked as a communications consultant for the mutual fund giant Vanguard. 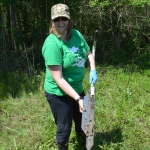 Alisha Renfro is a staff scientist for NWF’s Mississippi River Delta Campaign and the Vanishing Paradise program. Her role in the campaign is to make certain that accurate and up-to-date science is used to advocate for the restoration of the economically and ecologically critical Mississippi River delta.

Alisha has conducted research in variety coastal environments, including salt and freshwater marsh, swamps, and barrier islands. In recent years, her research has focused on sediment transport and deposition in wetlands to understand the importance of sediment, the reasons behind declining wetland health and increased wetland loss.

National Wildlife Federation inspires Americans to protect wildlife for our children’s future. Founded in 1936 by editorial cartoonist J.N. “Ding” Darling, the National Wildlife Federation (NWF) has emerged as a premiere grass-roots conservation organization, leading an integrated network of four million members and supporters and 47 state-based affiliated organizations throughout the United States. Through a range of publications, grassroots networks, and professional staff NWF unites Americans in their shared value of wildlife conservation.

Ducks Unlimited was founded in 1937 to conserve, restore, and manage wetlands for North America’s waterfowl. DU is a charitable, non-profit,501©(3) organization with over one million members and supporters in all 50 states. DU has helped conserve over 12 million acres of habitat. Ducks Unlimited has worked to conserve over 240,000 acres of waterfowl habitat throughout Louisiana. These marshes were once among the most productive wetland systems in North America, regularly holding half of the wintering duck population of the Mississippi Flyway. Today, the region’s ability to support waterfowl has been severely compromised by natural and human-induced changes that have caused dramatic loss of wetlands and their associated functions and values. Learn about DU’s habitat projects. 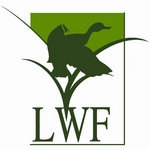 Louisiana Wildlife Federation is the oldest non-profit conservation organization in the state of Louisiana. LWF has been working to preserve fisheries and wildlife habitat and the rights of the citizens to access and enjoy those resources since 1940 by helping establish Louisiana’s Wildlife and Fisheries Commission as well as working with state policy makers to craft laws, limits and regulations that ensure the long-term sustainability of the state’s natural habitats, fisheries and wildlife. The Louisiana Wildlife Federation and its 25 affiliate organizations represent more than 10,000 hunters, anglers, trappers, hikers, bird watchers, biologists and other outdoorsmen and women across the state.