The Mississippi River Delta’s estuaries and wetlands provide nurseries and spawning grounds for huge numbers of aquatic organisms, from commercially important seafood species (crawfish, shrimp, blue crabs, menhaden, drum and others) to alligator gar, paddlefish and the endangered pallid sturgeon. The delta’s once-great oyster reefs are today significantly reduced but still provide an important resource for other wildlife and for humans alike.

Learn more about different species below.

These species will be most affected by coastal restoration as they inhabit, feed and spawn in the wetlands that will benefit from restoration projects. 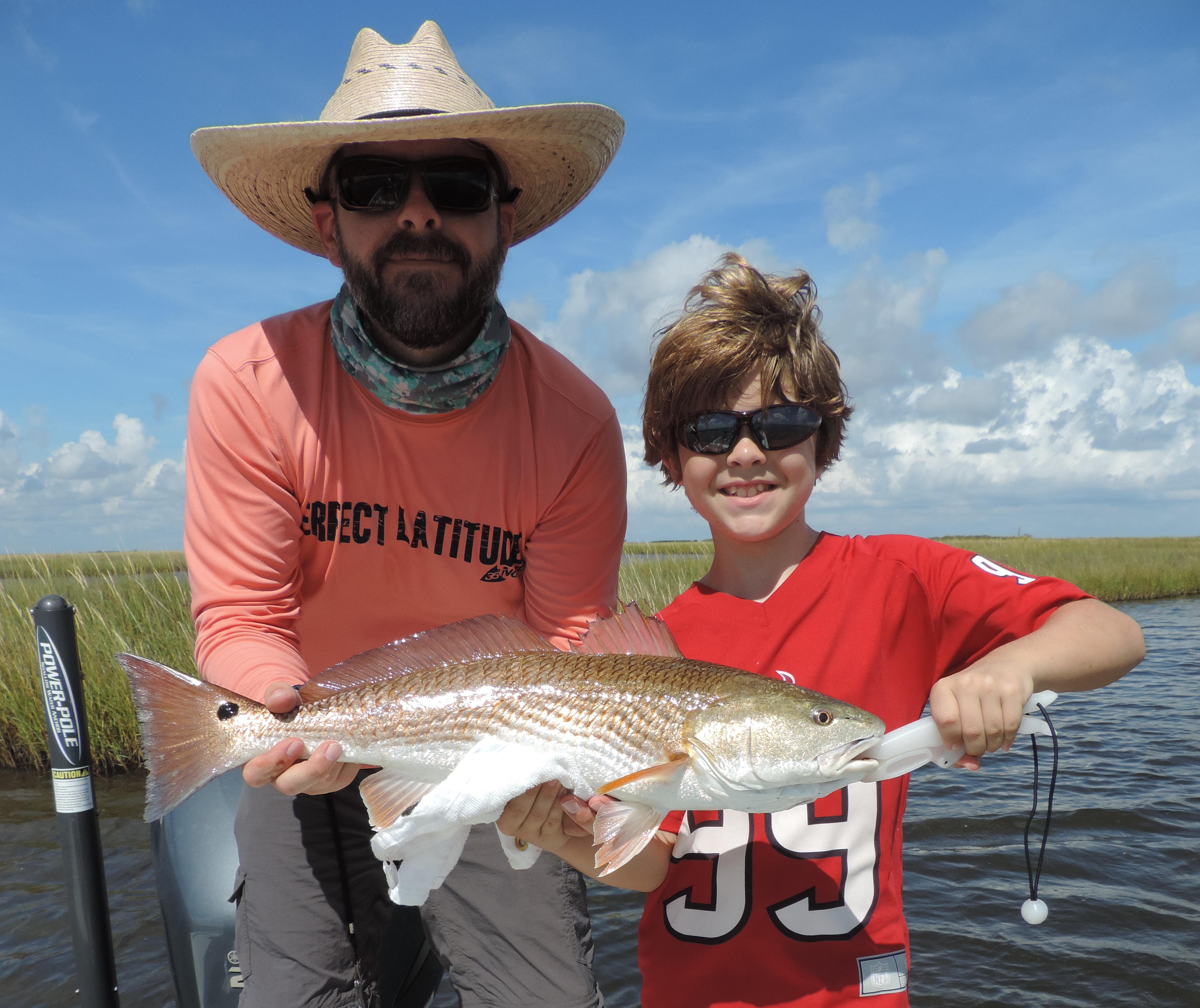 A widely sought-after recreational fish, the redfish can vary from an iridescent coppery black to a reddish copper tone. It is most identifiable by the black spot located near the tail fin. 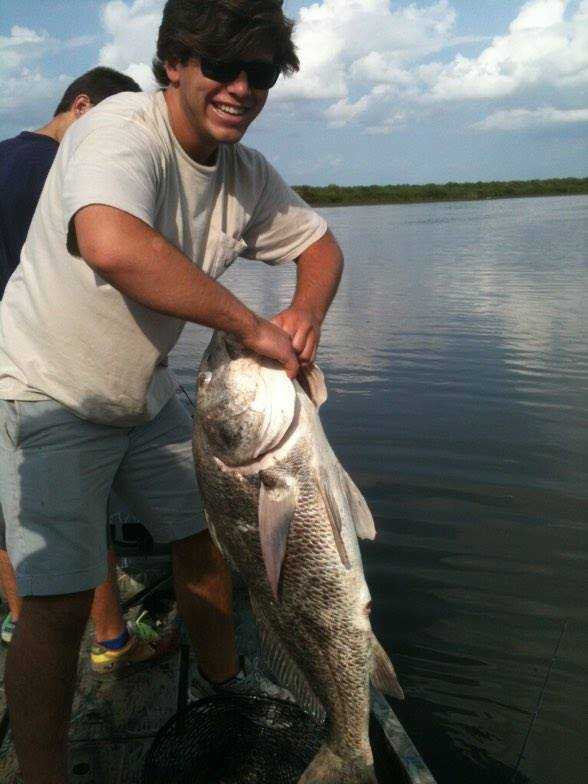 A close cousin to the redfish, the black drum is often harvested recreationally for its exceptional taste. It ranges in color from silver in the deep Gulf waters to a dark black in shallower muddy estuaries. The fish is recognized by its 12-13 “whiskers” below its lower jaw, and by the vertical stripes down its back which fade as the fish age. Since oysters are a main food source for the black drum, they have teeth at the back of their throat which are used for crushing. 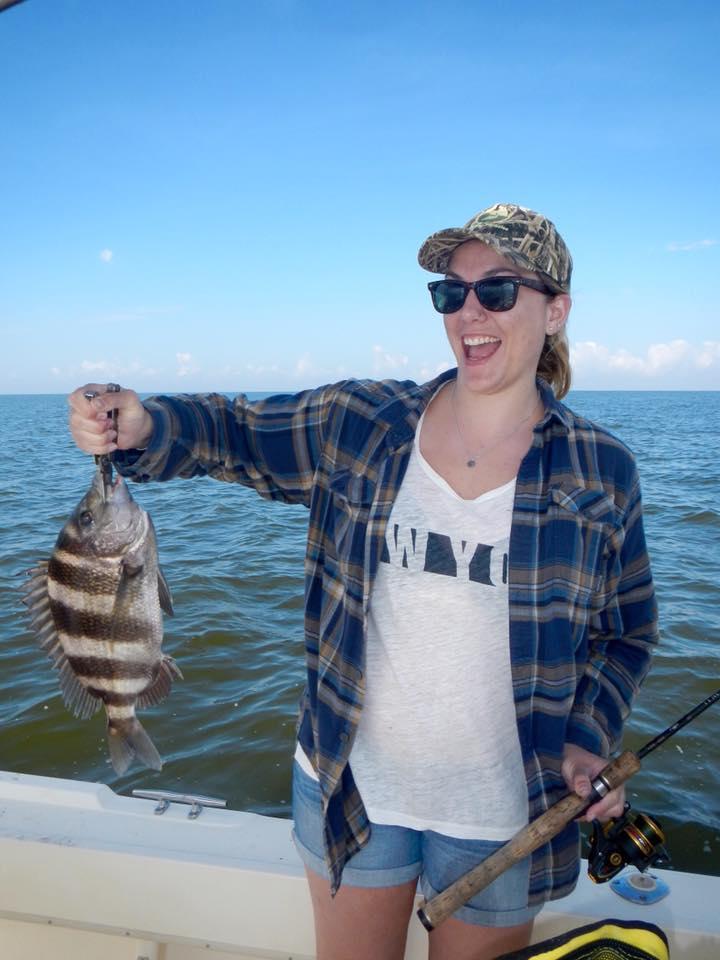 Ranging from greenish gray to dark silver with seven vertical stripes on its side, the sheepshead is commonly mistaken for the black drum. But on second looks, the sheepshead is easily distinguishable by its human-like teeth -- including incisors and molars. Its teeth make crushing their prey of oysters, blue crab, clams and barnacles. 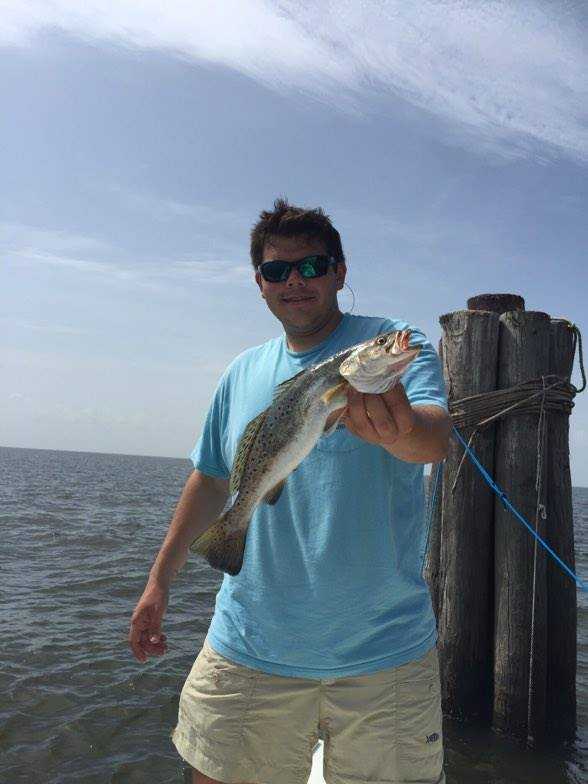 The most sought-after species by in and near shore anglers, speckled trout have iridescent, dark gray or yellow to greenish sides with white bellies. They are often distinguished by their round dark spots on their back and tail. 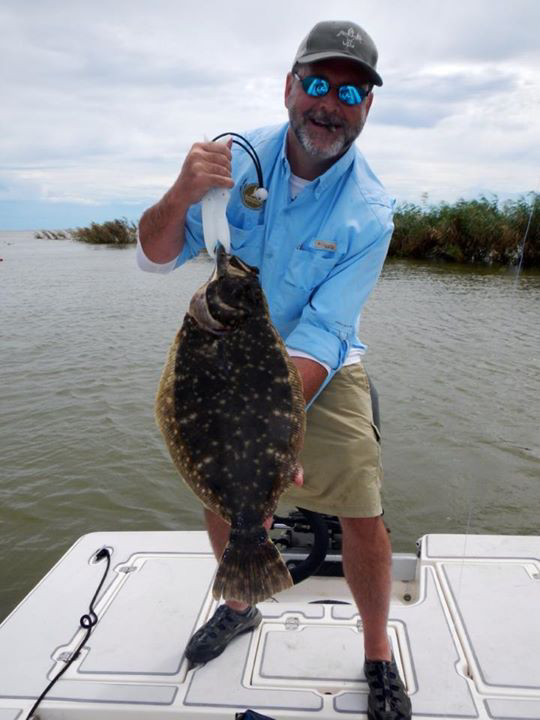 This unique fish is a flat oval-shaped fish that spends its life traveling on the bottom of the estuary. The under belly of the fish is white, while the top is brown with light and dark spots. The flounder may change its appearance to match its habitat, making it nearly impossible to spot in a muddied bottom environment. Unlike most fish, both eyes of the flounder are found on its upright side.

An angler may leave a marina in many places along the Gulf Coast and target several offshore species. Due to the connectivity of the northern Gulf of Mexico, these species also benefit from comprehensive habitat restoration. 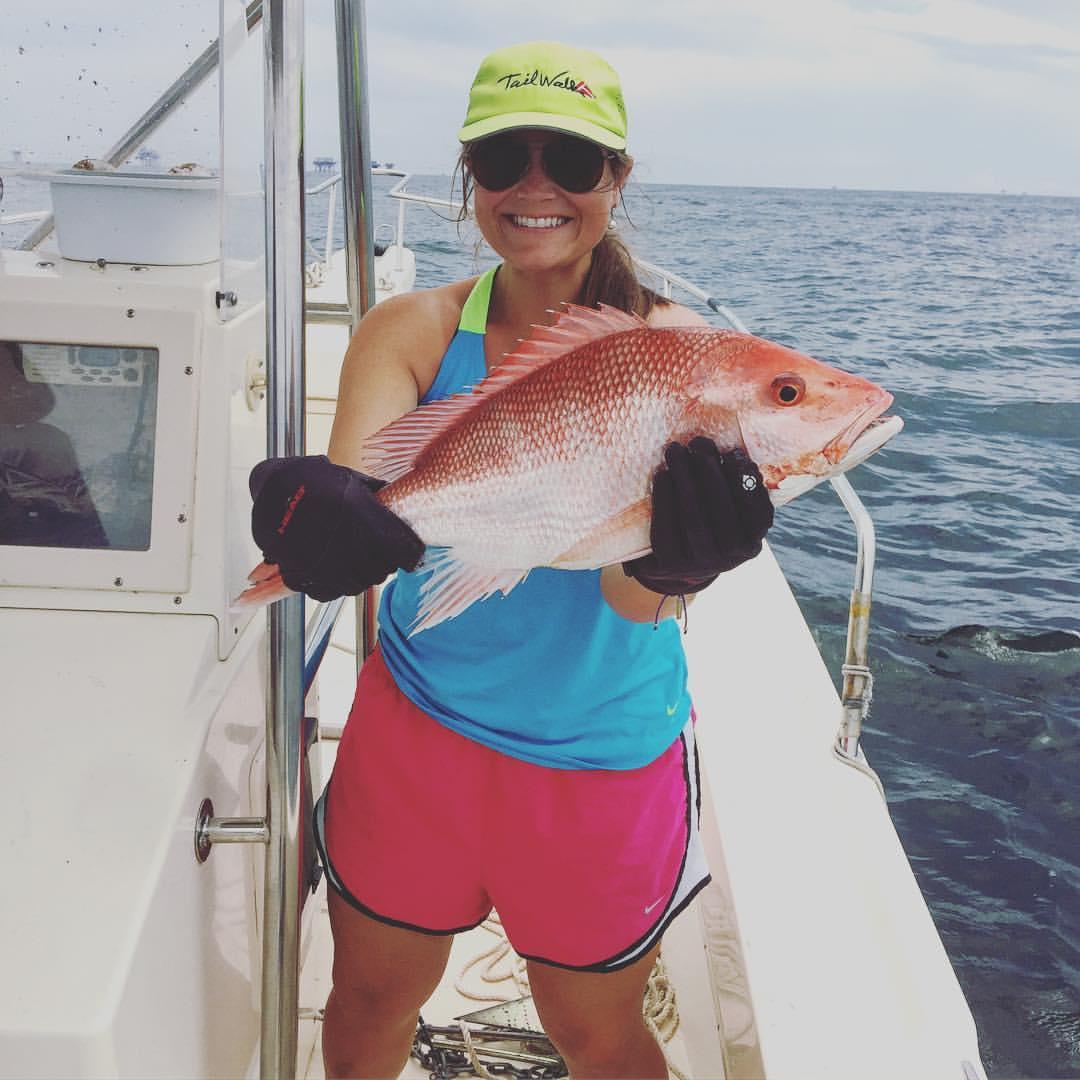 There are many types of snapper anglers target along the Gulf -- Lane, Mutton, Vermillion, Mangrove and the most popular, the Red Snapper.

A popular target due to its excellent texture and flavor, the red snapper is highly regulated. 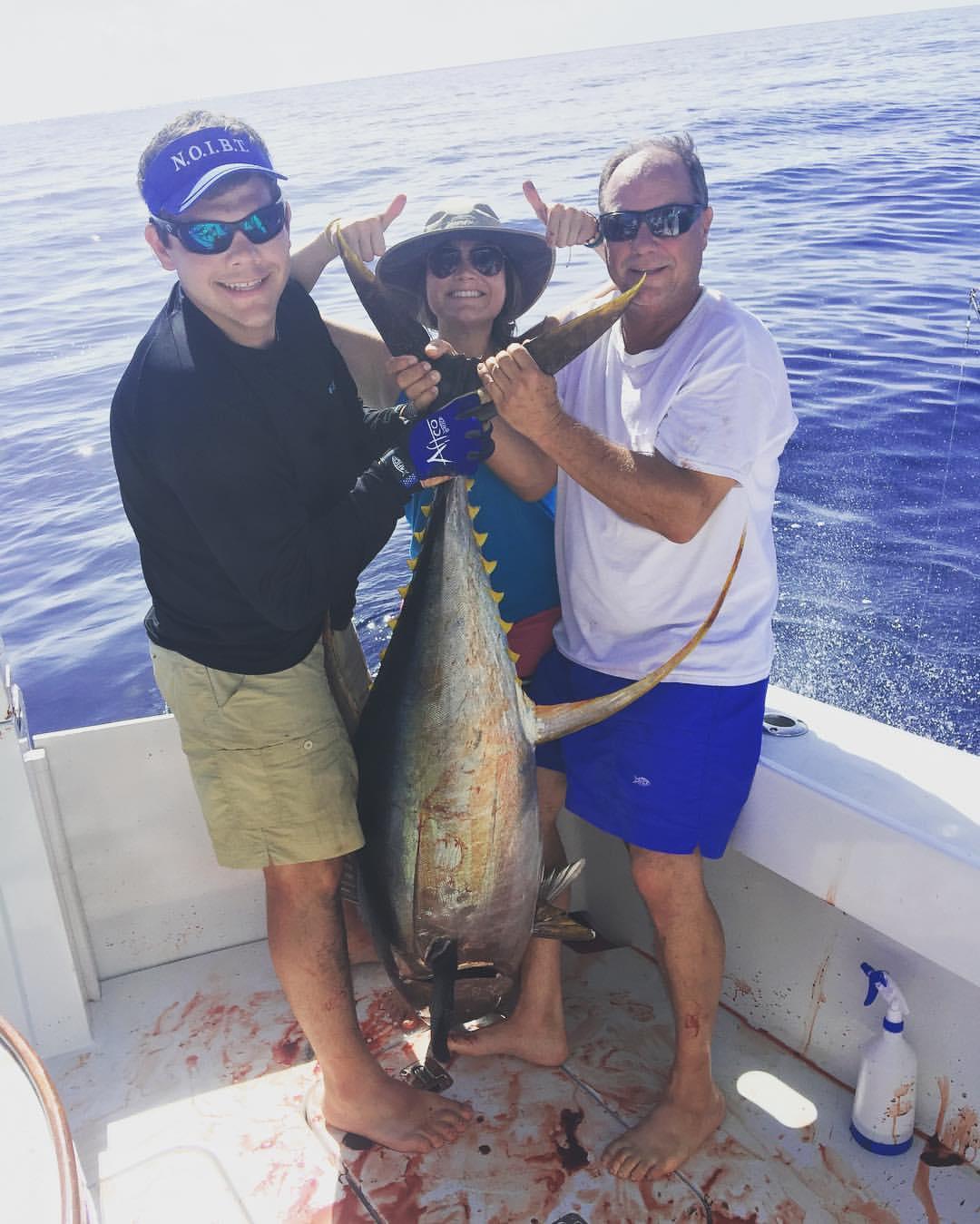 There are many types of tuna anglers target along the Gulf -- Bluefin, Blackfin, Bigeye and the most popular, Yellowfin.

This cold-blooded delicacy is one of the fastest swimmers in the Gulf. The yellowfin tuna has a metallic, deep-blue back with a yellow ridged band extending down its back. 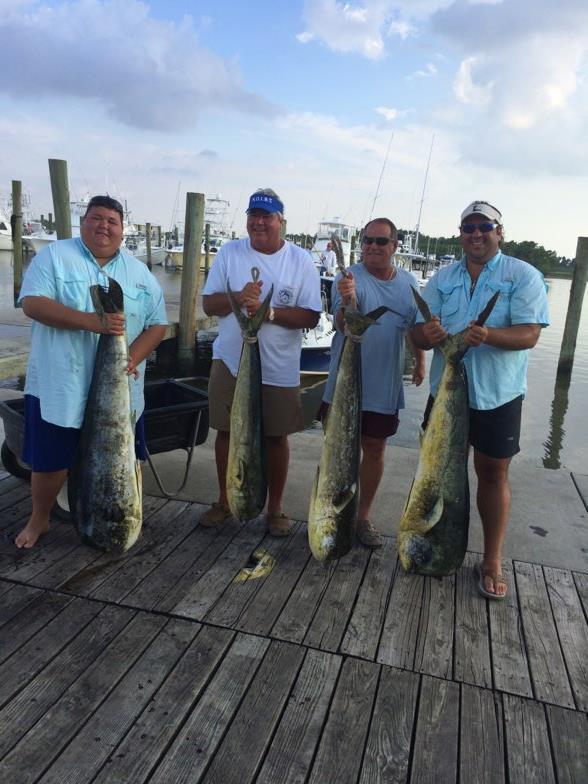 The mahi mahi is perhaps one of the most colorful and unique species that Gulf anglers target. The azure blue and emerald bodies of the fish quickly fade after their harvest. They are one of the fastest growers in the Gulf, and scientists can measure their growth daily. Cobia have dark brown bodies with white bellies, and when viewed from above or in the water, often resemble a shark due to their finlets. Wahoo are prized sport fish due to their taste, speed (swimming up to 60 mph!), and the fight they put up. The body of the Wahoo is a blue green color, and very streamlined which makes them great fast swimmers. 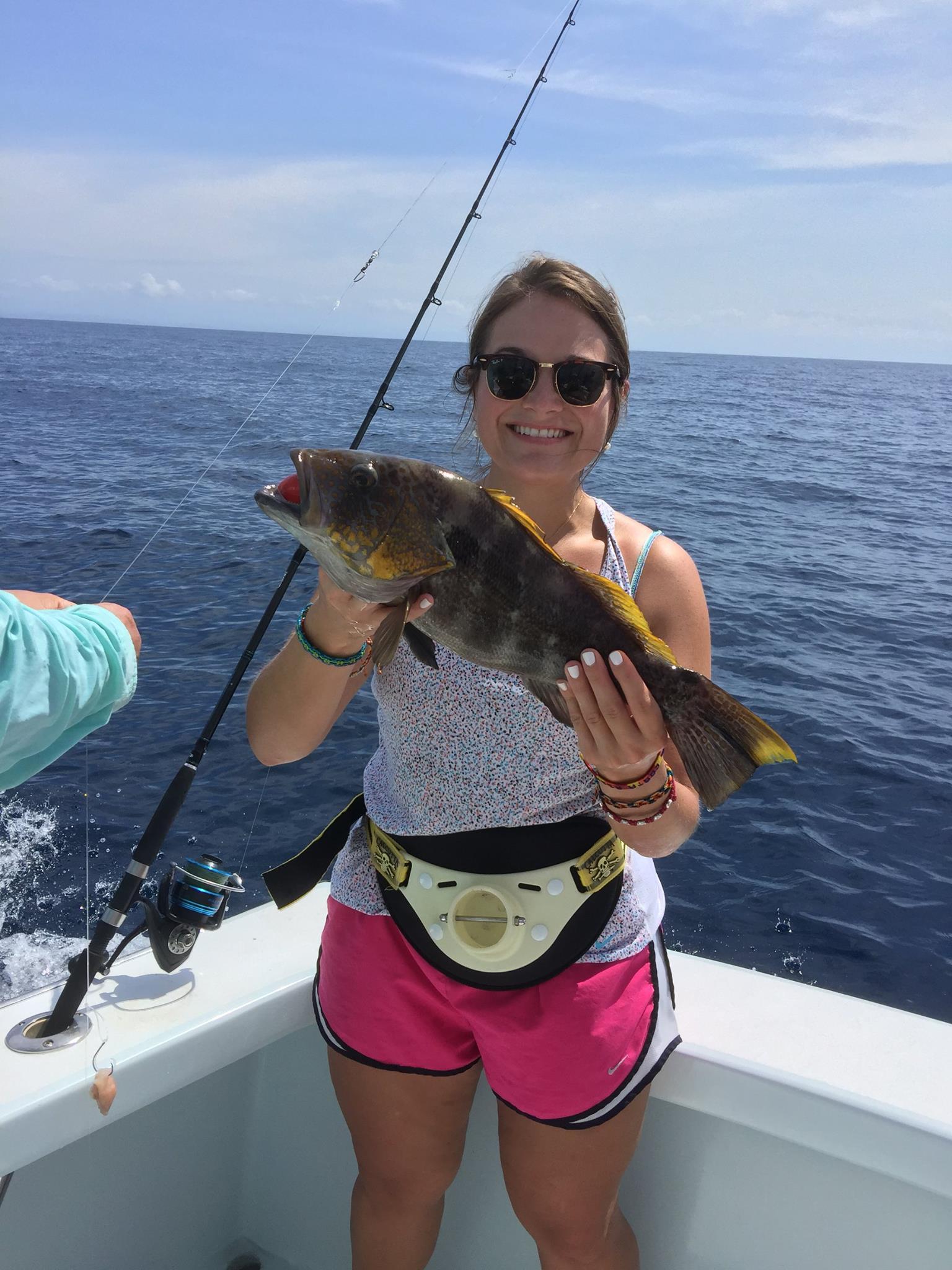 Gulf anglers may target Black, Gag, Red, Warsaw and Scamp Grouper. The most common catch is the Gag Grouper.

The Gag Grouper is a dark brown fish, with pattern marking that resemble “kiss-like” shapes. 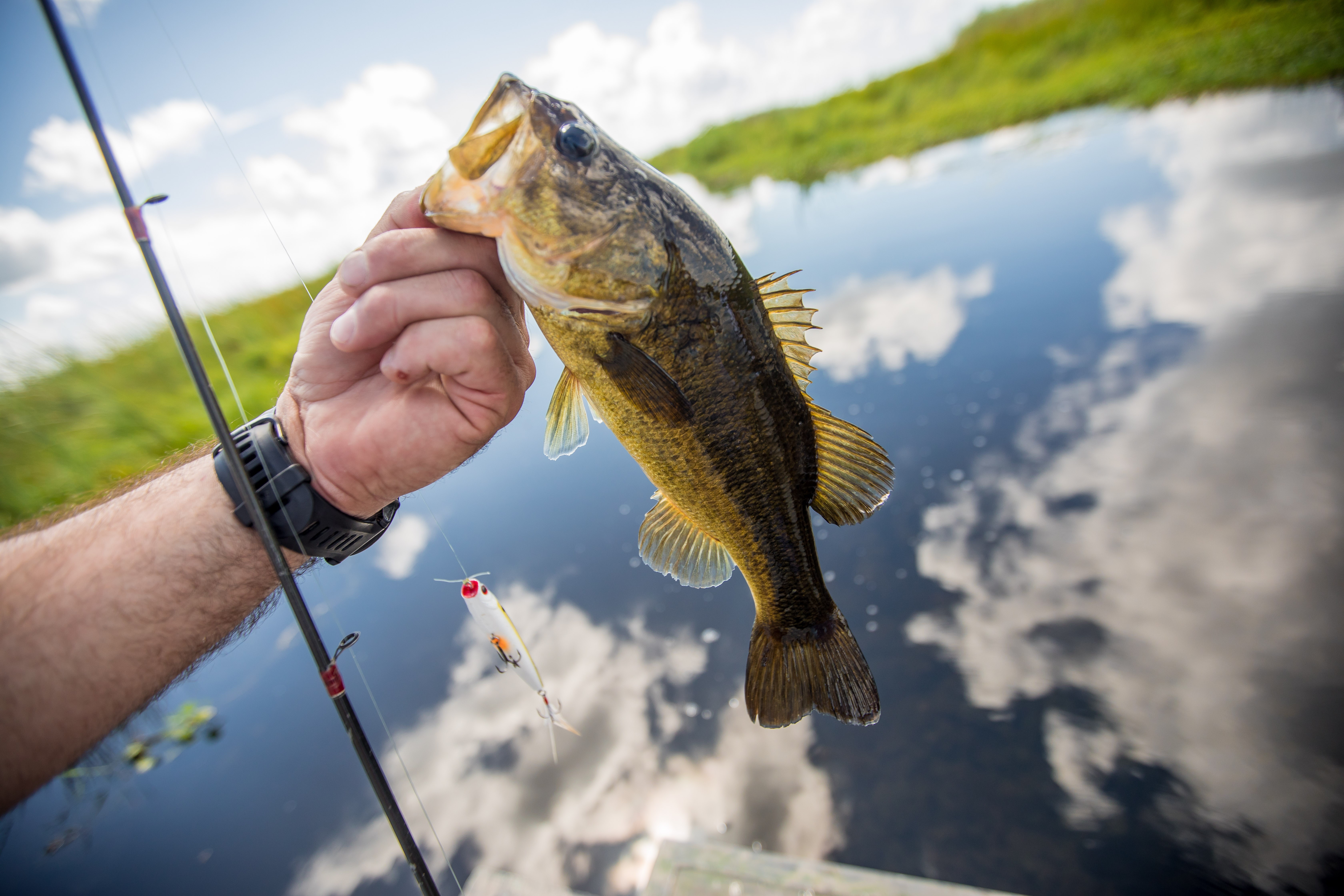 The number one recreationally targeted fish species, bass are usually a dark olive green fish with dark patches that form a horizontal line along the middle of the body. The fish has a lighter green to white under belly. Bass are the dominant predator in a freshwater environment, feeding on anything from crawfish to small fish including smaller bass, to snakes and frogs. 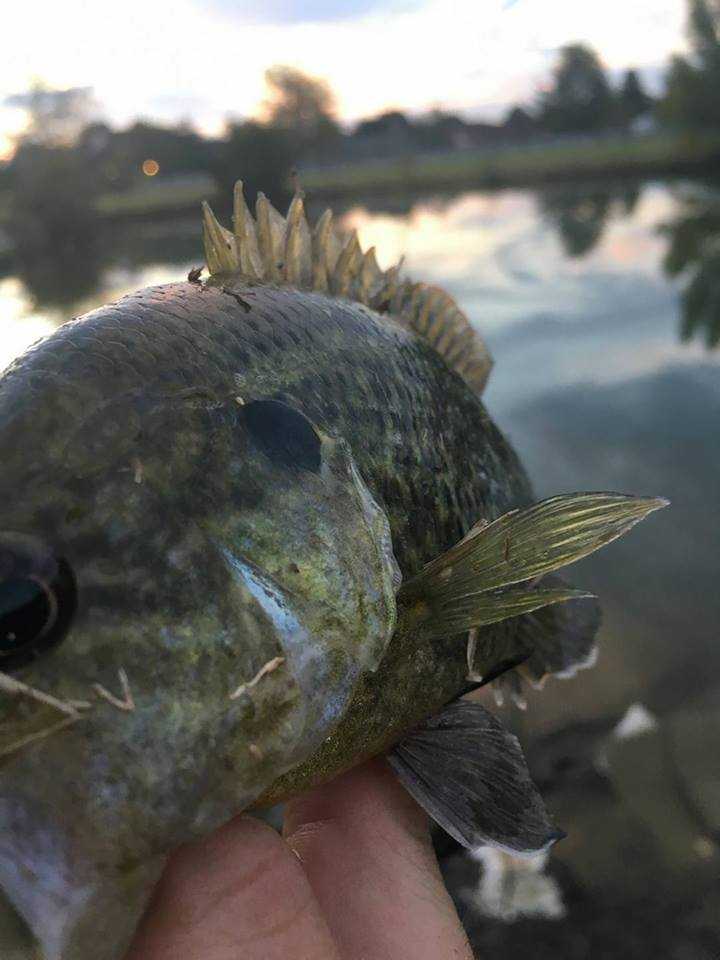 Officially declared Louisiana’s state freshwater fish, the sac a lait comes in two varieties: white and black. Both species exist together and are commonly caught in the same place. Black crappie are darker in color with black spots scattered randomly across the sides of the fish. In white crappie, the black spots are more arranged in vertical stripes or bars on the sides of the body. Both species prey on small insects, river shrimp, minnows, and other small fish. The three most sought-after species are the blue catfish, channel catfish, and the flathead catfish.

The blue catfish is Louisiana’s largest freshwater game species. The blues and channel cats eat a wide variety from insects to plant matter to river shrimp. Coastal blues have even been found with small nutria in their stomachs. Whereas, the flathead is primarily a predator feeding mainly on live fish. These fine table fish will become more prevalent in our estuarine areas due to freshwater inflow from coastal restoration projects.