Sportsmen and women are working to save the “Fishing Capital of the World” for generations to come.

There is no place in the world quite like America’s Everglades. The  Everglades are the largest subtropical wetland in North America-and a unique place to fish and hunt. The historic Everglades ecosystem once stretched more than 3 million acres, from south of Orlando to the Florida Keys.  Freshwater from headwaters in the Kissimmee River flows into Lake Okeechobee, where it slowly moves south, passing through diverse habitats, including cypress swamps, wet prairie and mangroves, until it reaches Everglades National Park and eventually Florida Bay. Now, less than half of this historic ecosystem remains. 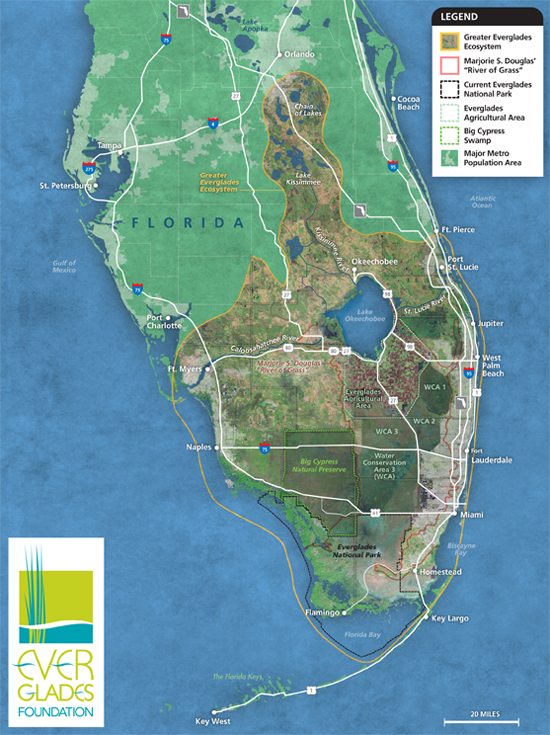 The Everglades is essential for fish and wildlife, but it also provides enormous benefits to people:

Regrettably, human actions have altered the natural flow of water throughout the Everglades. The result: an ecosystem in collapse. 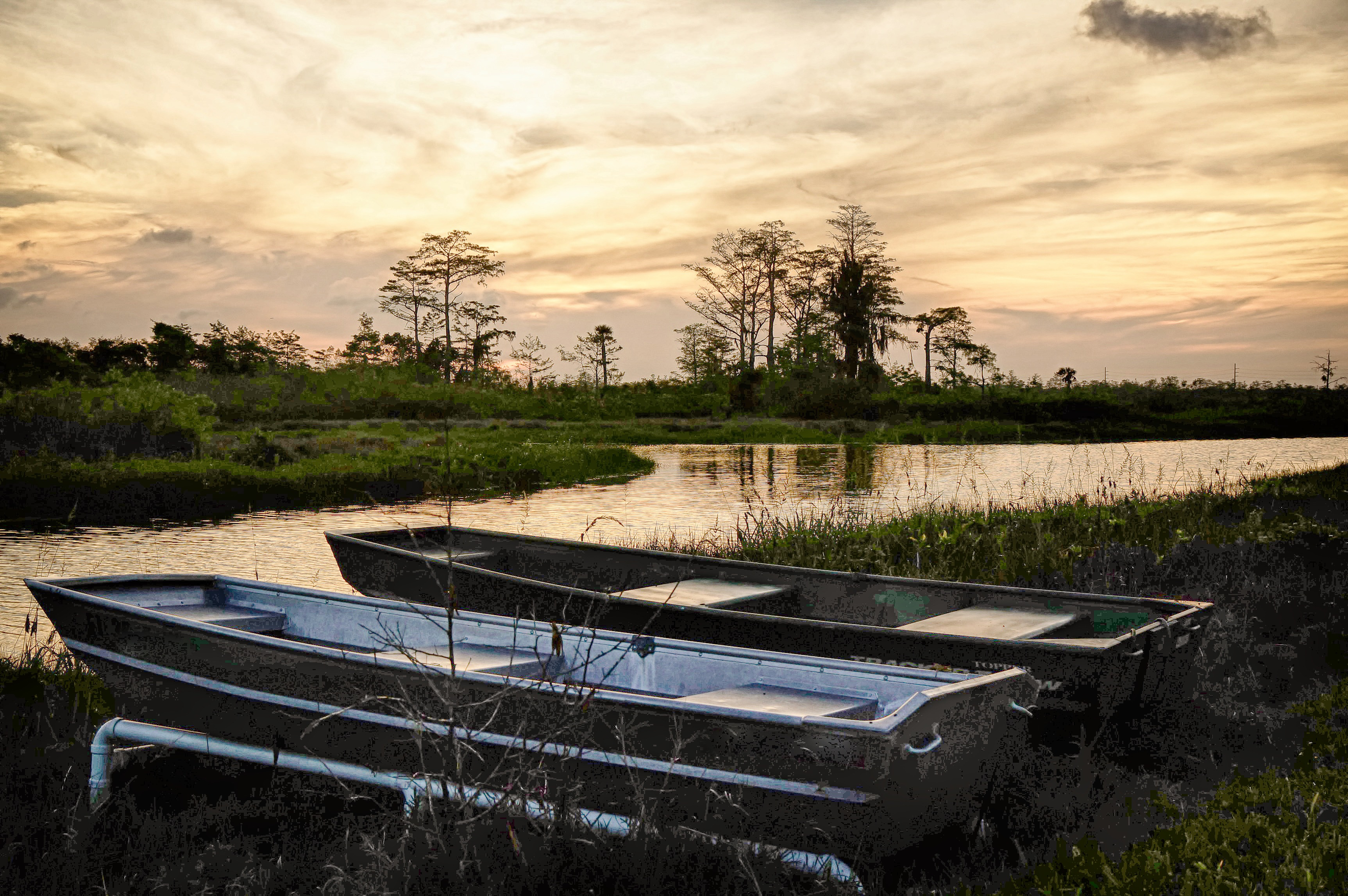 Since the 1800s, human activities have reduced the size of the Everglades by half. Water diversions and flood-control projects severed the flow of water that connected different parts of the Everglades, while large areas of its lands were converted to agricultural or residential areas.

Activities over the last 75 years have had a profound impact on the system. In post-World War II America, the U.S. Army Corps of Engineers paved, drained, blocked and channeled with widespread approval. Following a series of hurricanes that flooded nearby communities and agricultural land, the Corps constructed the Herbert Hoover Dike around Lake Okeechobee. When lake levels get too high, the Corps pumps water from the lake to the east and west coasts through the St. Lucie and Caloosahatchee Rivers, cutting off the slow flow of life-giving water to the south. The Everglades continue to be threatened by rapid expansion of urban growth upstream that could adversely alter the downstream water flow. There are also pending applications to convert thousands of wetland acres to other uses.

The re-plumbing of the Everglades has resulted in a system where the health of critical coastal estuaries are at risk. Too much polluted water is pumped to the east and west coasts from Lake Okeechobee, while too little freshwater reaches the Everglades and Florida Bay. This unbalanced flow of water damages coastal estuaries and prompts outbreaks of toxic green algae that slime Florida’s beaches. Meanwhile, Florida Bay – an iconic fishing paradise at the tip of the state – is starved of freshwater. The lack of freshwater causes salinity to spike and kills seagrass beds, an important habitat that shelters and feeds the bay’s abundant fish and shellfish. When dead seagrass decomposes, it reduces the amount of oxygen in the water, creating a “dead” zone and killing fish.

America’s sportsmen and women are witnessing this crisis firsthand and are a critical voice in the fight to restore the Everglades. 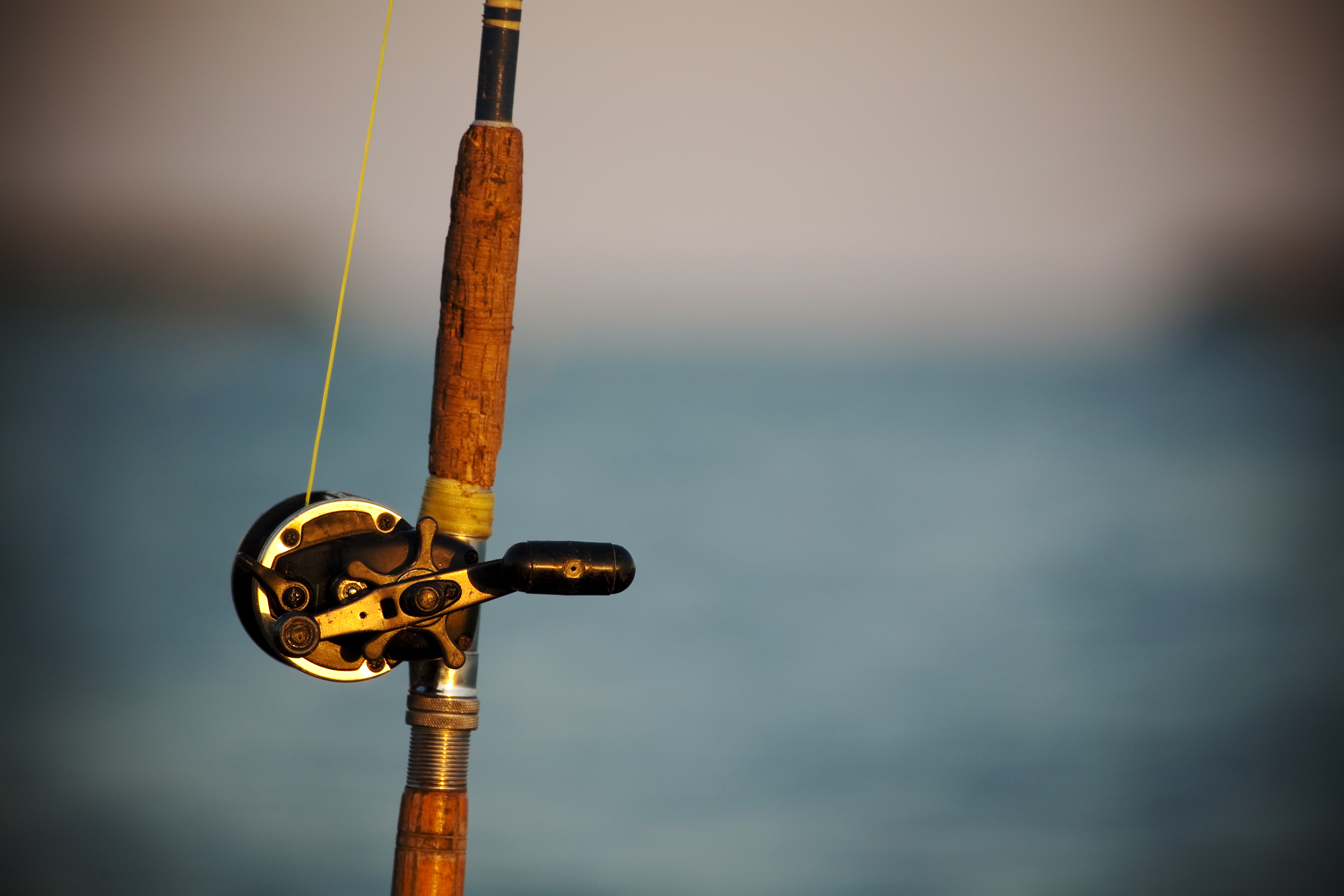 The solution is simple—send clean water south, as it would naturally flow, to the Everglades National Park and Florida Bay.
While a comprehensive restoration plan for the Everglades exists on paper, there have been major roadblocks to obtaining the necessary authorizations and funding to implement the plan. To restore the Everglades, the National Wildlife Federation and the Vanishing Paradise program works to:

1. Secure funding and ensure implementation of the Comprehensive Everglades Restoration Plan (CERP). The Comprehensive Everglades Restoration Plan was approved in 2000. It is intended to restore, protect and preserve the Everglades by capturing fresh water that now flows unused to the ocean and redirecting it to areas that need it most for environmental restoration. It is essential that key components of CERP are prioritized and implemented with urgency – including construction of a water storage reservoir in the Everglades Agricultural Area and projects that will convey more water south through the central Everglades. These efforts will more closely mimic the historic flows of water throughout the state, alleviating stress on the coastal estuaries and Florida Bay.

2. Collaborate with our affiliate, Florida Wildlife Federation, to elevate the voices of sportsmen and women who value and wish to protect and restore the Everglades. 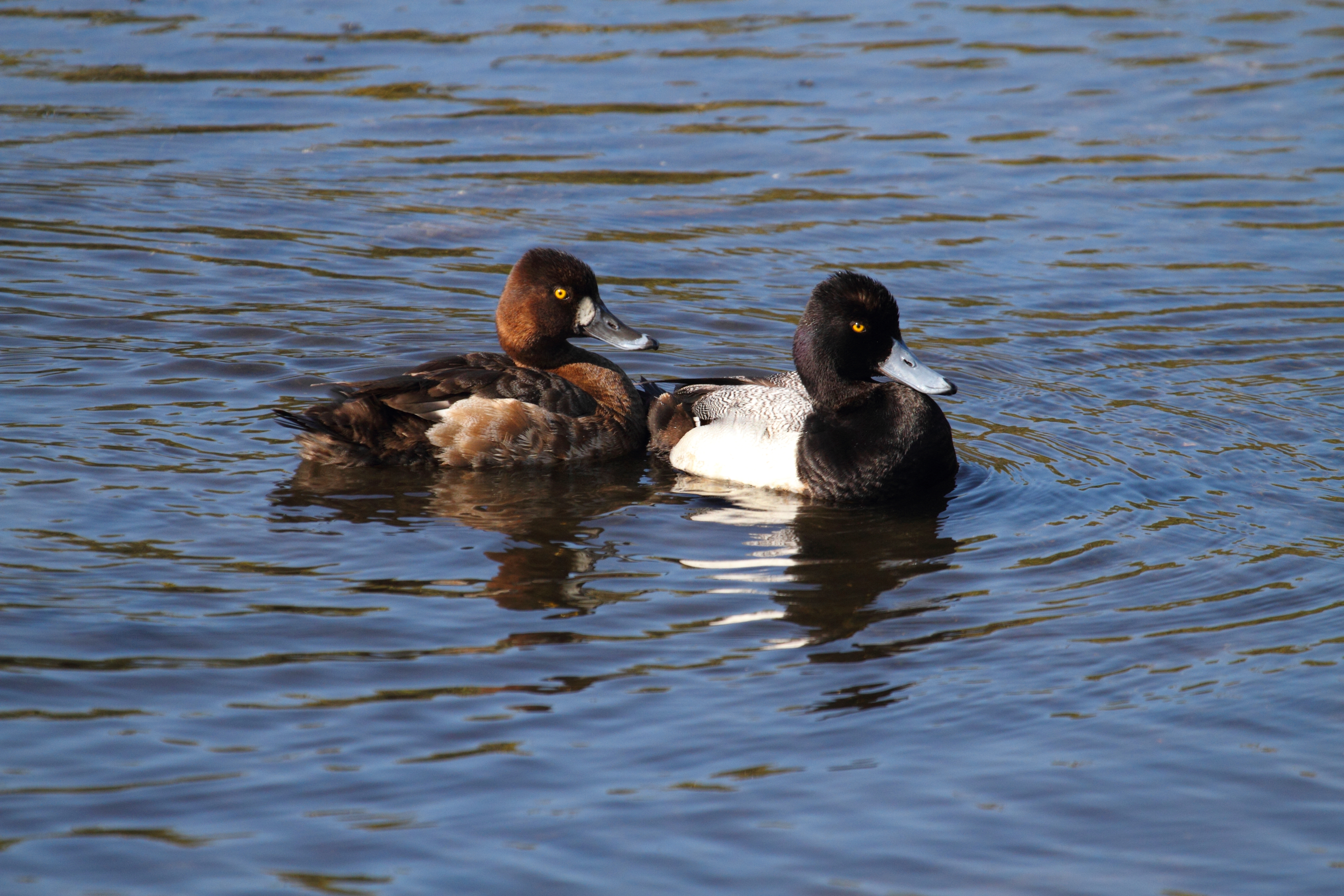 In July 2016, NWF’s VP team was joined by more than 150 hunting and fishing businesses and organizations across the country asking Congress to prioritize funding for Everglades restoration and to accelerate science-based restoration efforts like the Central Everglades Plan and water storage projects that aim to deliver more water to Everglades National Park and Florida Bay.

Additionally, more than 400 sportsmen called on the state of the Florida to work with the Army Corps of Engineers to plan for water storage south of Lake Okeechobee. They want Congress to recognize the importance of restoring the flow of clean water south from Lake Okeechobee to Florida Bay.

In 2017, the Florida Legislature headed the call of anglers, businesses, and South Florida residents by passing Senate Bill 10, a big step in the ongoing effort to send more water south. This bipartisan bill directs the Army Corps and the South Florida Water Management District to accelerate planning for the construction of a reservoir in the Everglades Agricultural Area to store, clean, and convey water from Lake Okeechobee south to Everglades National Park and Florida Bay. The bill also authorizes funding for half of the proposed cost of the project. Once constructed, the reservoir will reduce the amount of polluted water that destroys Florida’s coastal estuaries and will clean and send more water south to the Glades and Florida Bay. There is a long path to the construction of a reservoir, however, and the federal government still needs to approve funding for the project. The EAA Reservoir must also be implemented along with CEP South, Tamiami Trail bridging, and other projects in order to maximize the benefits of each individual project to achieve comprehensive restoration.

Sending clean water south is a critical piece of restoring the Everglades and Florida Bay. It will help protect Florida’s coastal estuaries and safeguard Florida’s robust fishing and outdoor economy for generations to come.