A Tale of Two Basins

Why one basin is thriving while the other is dying.

To understand the issues of land loss affecting Louisiana’s coast and the restoration solutions needed to address it, one needs only compare two neighboring basins on the coast. In the Atchafalaya Basin, lush, green fingers of land push out toward the Gulf of Mexico, building more and more acreage every year.  In the Terrebonne Basin to the east, land is rapidly disappearing at one of the highest rates on the planet. 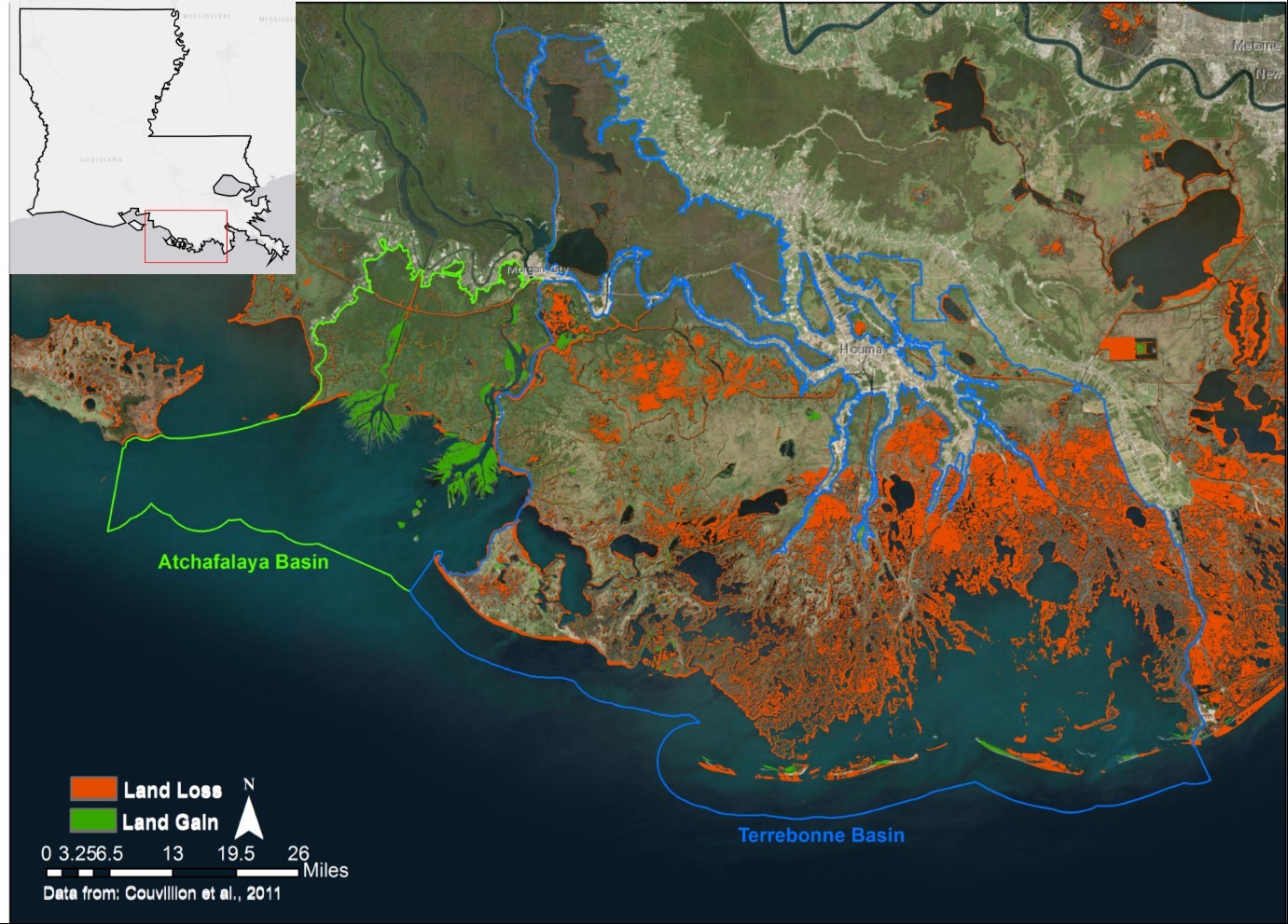 Why are there such stark differences between these two basins that are geographically so close together? What can these basins teach us about efforts to restore Louisiana’s coast?

The key to successful, ongoing land-building in the Atchafalaya Basin is the steady flow of sediment and fresh water the area receives from the Atchafalaya River and the Wax Lake Outlet. In contrast, there is little fresh water and almost no sediment input to most of the Terrebonne Basin, contributing to continued and severe land loss.

As it always has, rivers and their freshwater and sediment are key to building and sustaining land across coastal Louisiana. Finding ways to use rivers to restore the coast will be essential to maintaining the region.

Between 1932 and 2016, while every other basin in Louisiana was losing land, the Atchafalaya Basin gained more than six square miles (4,000 acres) of wetlands. The Atchafalaya River is the last major distributary of the Mississippi River, and it receives, on average, 30 percent of the combined flow of the Mississippi and Red Rivers or around 300,000 cubic feet of water per second. 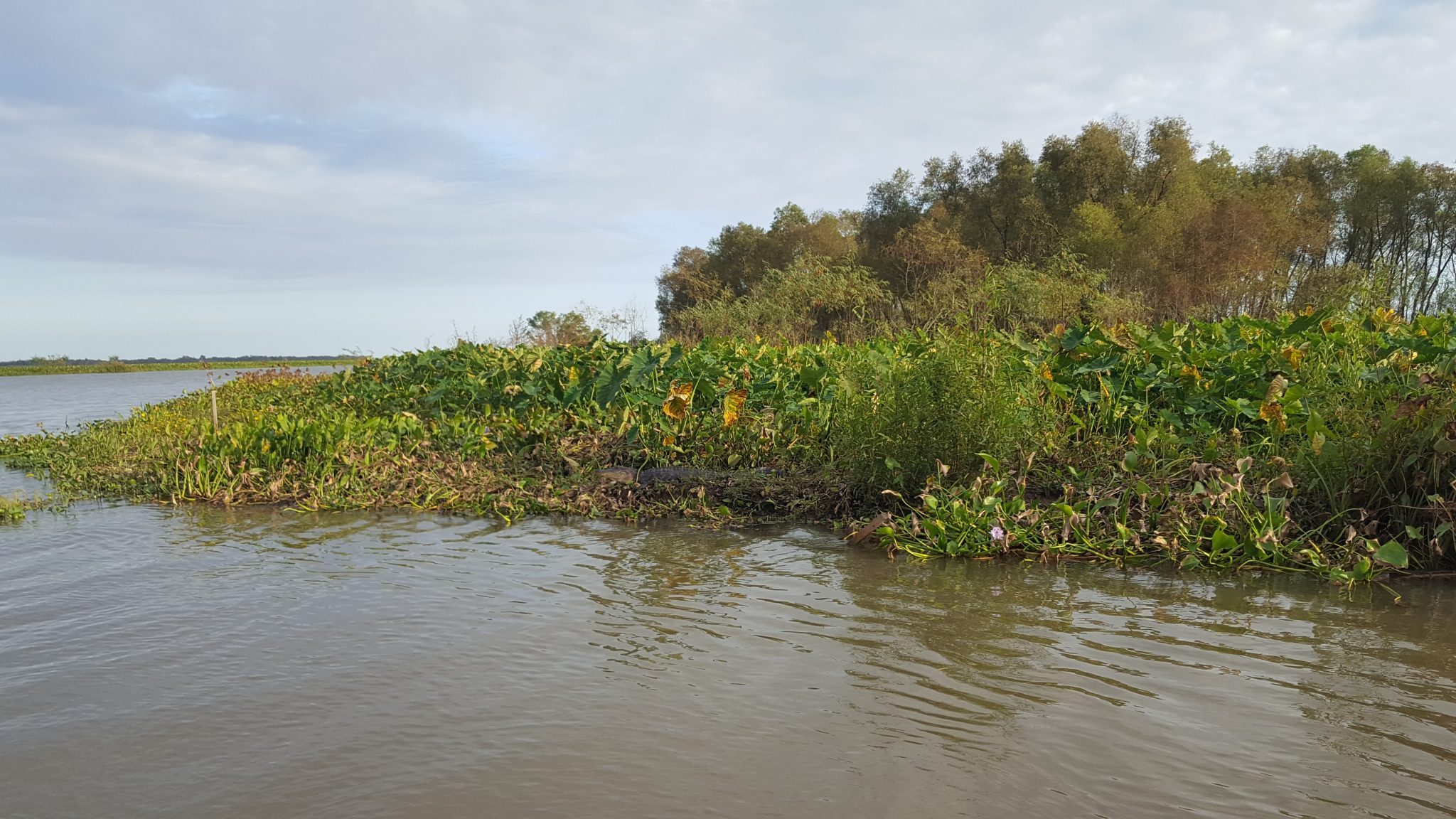 The constant stream of sediment into the broad, shallow Atchafalaya Basin has resulted in this being the only basin in Louisiana experiencing net land gain. This new land pushing out into the Gulf has continued over the years, despite experiencing challenges affecting many areas of Louisiana’s coast, including subsidence, sea level rise, hurricanes and more.

The land built and sustained by the Wax Lake Outlet is swamp and marsh habitat that is teeming with life, and the Wax Lake Delta is a picture of a living, thriving delta.

In stark contrast, between 1932 and 2016, the Terrebonne Basin lost more than 500 square miles (30,000 acres) of wetlands. This basin is the remnants of an old delta complex that was formed when the main flow of the Mississippi River emptied into this area 500-2,500 years ago.

When the French arrived in Louisiana, Bayou Lafourche was the major distributary of the Mississippi River, and along with other smaller channels, such as Bayou Terrebonne, carried fresh water and sediment to the Terrebonne Basin that helped nourish and maintain its wetlands.

A dam was completed across Bayou Lafourche in 1904 to prevent flooding at Donaldsonville, but this dam also cut off the steady flow of fresh water and sediment to the wetlands. Eventually, in order to address stagnation and pollution in the bayou and to push back against saltwater intrusion from the Gulf, a pumping plant was put in place to pump and siphon water from the Mississippi River into Bayou Lafourche to address fresh water needs, stagnation and pollution in the bayou. 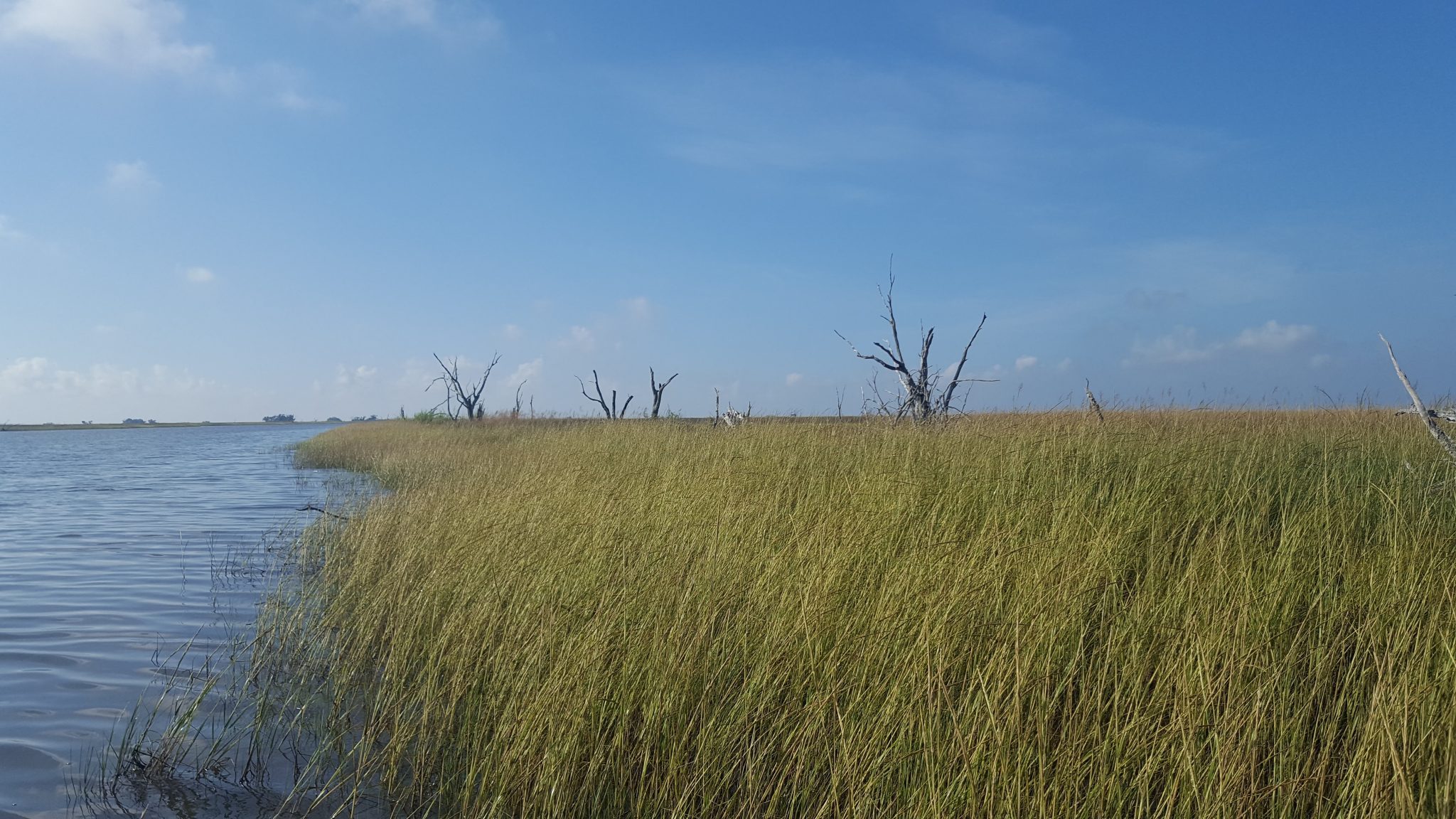 Dying wetlands in the Terrebonne Basin near Cocodrie, LA.

Restoring and Sustaining the Terrebonne Basin

A suite of restoration solutions is needed to restore and sustain wetlands in the Terrebonne Basin. But key to building and sustaining land over the long-term is effectively using the fresh water and sediment of the Atchafalaya River.

Projects such as the Atchafalaya River Sediment Diversion and the Increase Atchafalaya Flow to Terrebonne Diversion, along with the Houma Navigation Canal Lock Hydrologic Restoration, would increase the flow and retention of fresh water eastward to the central part of the basin to sustain existing marshes. Other projects, like the Mauvais Bois and Bayou DuLarge ridge restoration projects, marsh creation projects, and restoration of the Terrebonne Basin’s barrier islands, would also help restore and sustain the area.

As Louisiana’s coast continues to lose a football field every 100 minutes, one need only contrast the thriving Atchafalaya Basin and the dying Terrebonne Basin to see how important directing freshwater and sediment, through sediment diversion and other projects, will be to maintaining land along our coast. 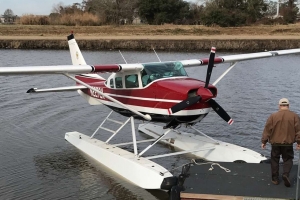 Next: It Took a Flyover to Gain Perspective