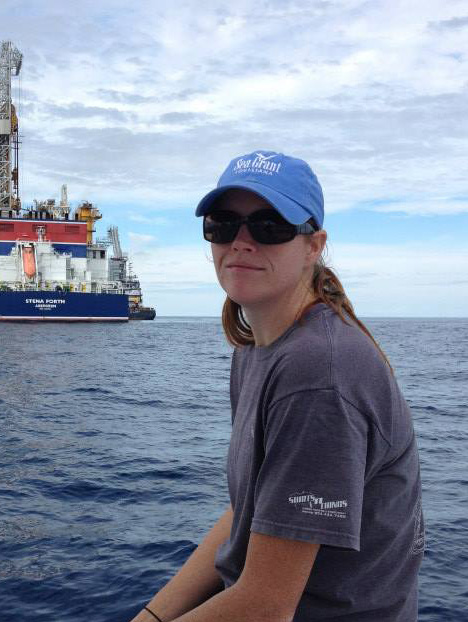 Vanishing Paradise is pleased to announce the addition of Twyla Cheatwood to its staff as a Sportsmen Outreach Coordinator. Based in New Orleans, Cheatwood will work with hunters and anglers in Louisiana and Mississippi to educate and engage them on restoring the Gulf Coast and the Mississippi River Delta.

“We are thrilled and fortunate to have Twyla join the Vanishing Paradise team,” said Steve Bender, director of the Vanishing Paradise campaign. “Her scientific background coupled with her work with both commercial and recreational fisherman will prove critical to our success in advocating for Gulf restoration over the coming years. As we work to unite sportsmen and women on the important conservation issue of restoring hunting and fishing habitat across the Gulf Coast, Twyla’s breadth of experience will be a tremendous asset.”

In her most recent role with Sea Grant, Cheatwood built relationships with fishing communities, commercial and recreational fishermen and NGO’s working on fisheries issues throughout the Gulf. Cheatwood’s extensive background in coastal and fisheries management includes a master’s in marine biology from Nova Southeastern University Oceanographic Center and a bachelor’s from Louisiana State University in environmental management.

“The addition of Twyla to the Vanishing Paradise effort is an important step forward as we work together with sportsmen and women from across the country, state and federal leaders, landowners, business owners and many other stakeholders across the Gulf Coast to restore this precious natural resource for future generations to enjoy,” said Andy Buchsbaum, vice president of Conservation Action for National Wildlife Federation. “As a sportswoman herself, Twyla understands the importance of the waters and marshes of the Gulf ecosystem for hunters and anglers across the country. We are excited to have her join the effort to protect and restore these special landscapes.”

Vanishing Paradise is National Wildlife Federation’s effort to activate hunters and anglers from across the country on restoring the Mississippi River Delta in coastal Louisiana and the rest of the Gulf Coast. The Gulf Coast provides world-class salt- and freshwater fishing opportunities and provides a winter home to some 10 million North American waterfowl annually. But in places like coastal Louisiana, precious habitat is disappearing at an extremely quickly rate, as every hour, Louisiana loses a football field of land. Vanishing Paradise is on the forefront of critical restoration efforts, advocating for wildlife and habitat.

Next: Restoring the Gulf of Mexico for Fish and Wildlife: New Report