No Time to Waste

Bill Cooksey shares tales from his whirlwind trips this year on behalf of Vanishing Paradise. 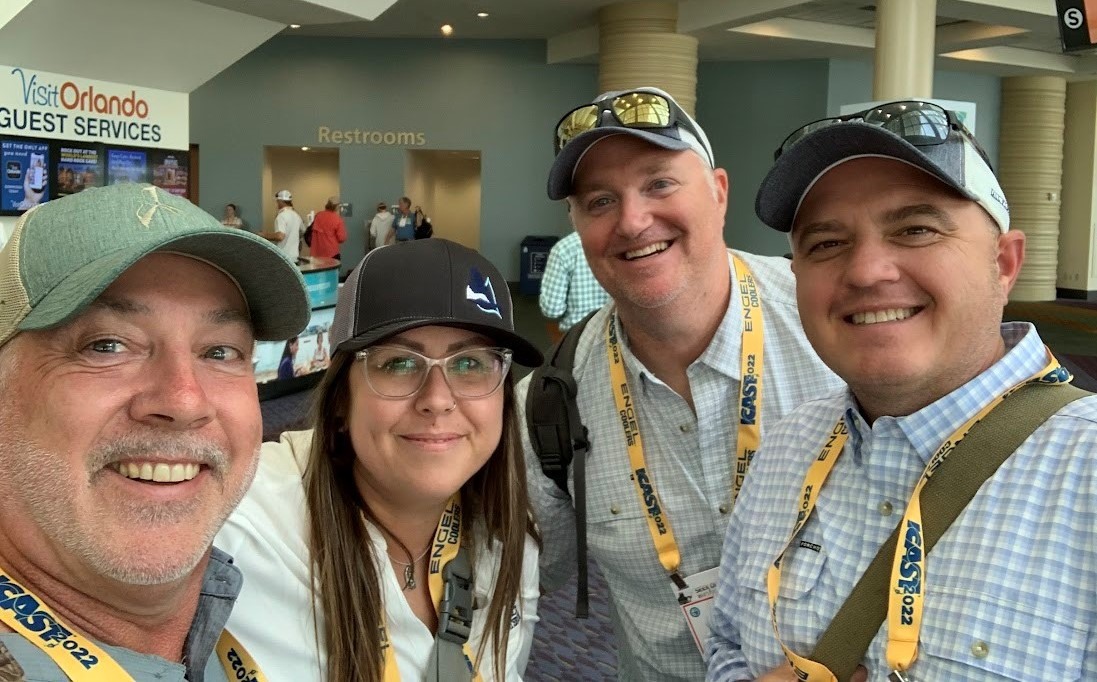 Bill Cooksey meeting up with other attendees at the International Convention of Allied Sportfishing Trades held in Florida.

How many of you recall being grounded for an extended period of time during your teens? Considering I cared a lot more about hunting and fishing than school, it was pretty routine for me, and I suppose it paid off during the last two years with COVID shutting down so many tradeshows, meetings and various in-person events. I remember grinding through and then the jubilation upon being turned loose, and that’s just how it felt this spring and summer when all travel was approved and no event cancellations occurred.

Luckily, March and April contained a few meetings, but they were spread out enough I was able to feed my turkey addiction, but come May we were off to the races. First up was a trip to the Everglades to work on a video project with Jake Latendresse. The idea is to show sportsmen around the country how the wildlife, fish and sports we love are being impacted by old water infrastructure. 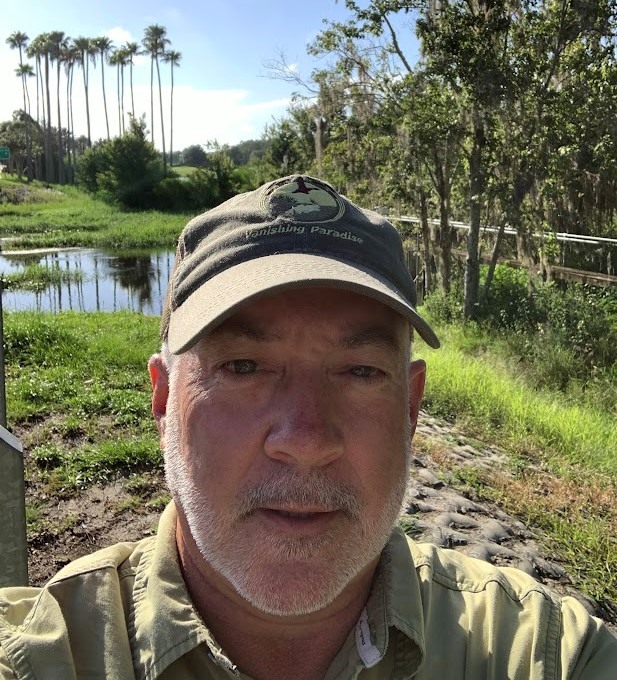 Just a few miles from Disney World, the Everglades begin at Shingle Creek.

It was a whirlwind trip with six days of filming, five different hotels and interviews with four of the top sportsmen in the state. Pull up a map of Florida and you’ll understand why I wrote “whirlwind.” After landing in Miami, we drove to, and filmed near, Clewiston, Hawk’s Cay, Islamorada, Jupiter, Everglades City and everywhere in between. Oh, and we spent an evening hunting pythons in the Glades before taking the Tamiani Trail back to Miami to catch our flights home. As I write this, Jake is in Colorado finishing production, and the video will be out shortly.

After being home just long enough to wash clothes, I was off to a hunting camp with instructions to make sure to buy gas in Rolling Fork, Mississippi and to follow the written directions because Google couldn’t find it…and they were right! The camp was about as remote as you can get in the eastern U.S., and having no cell or internet access for three days offered a mental break most rarely experience today. 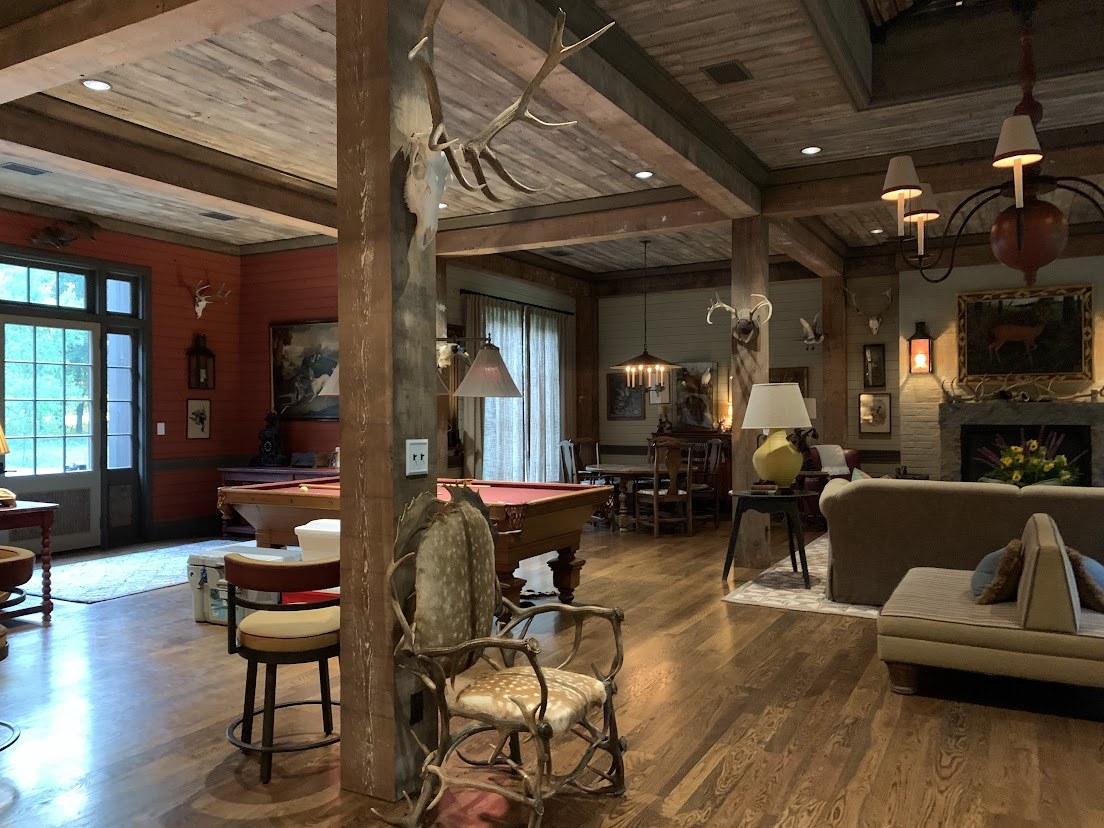 Our friends at the Theodore Roosevelt Conservation Partnership put this retreat together to host numerous GMOs who work on the Lower Mississippi River in order to identify potential restoration opportunities. Many of the attendees had spent a career working on this section of river, so it was an incredible opportunity to learn what’s been done and, more importantly, what more can be done. I’ve spent a good deal of my life hunting and fishing on and around the Mississippi, but I quickly learned how much I didn’t know. And I still think my wife doesn’t believe I really had no cell or internet access.

June found me flying to Daniels, West Virginia for the Southeastern Outdoor Press Association conference. After two years of cancellations, it was great to catch up with this group of outdoor communicators. While there was whiskey drunk and sporting clays shot (not at the same time), we got real work done telling the story about the coastal land loss in Louisiana, water flow and algae issues in the Everglades and providing a heads-up about upcoming Mississippi River Work. Part of the mission of SEOPA is helping students who aspire to an outdoor media career by awarding scholarships to high school and college students, and this year featured six such standouts. These young folks are already movers, shakers and outdoor influencers. In fact, one interviewed me just after the conference for an upcoming article in Delta Waterfowl. 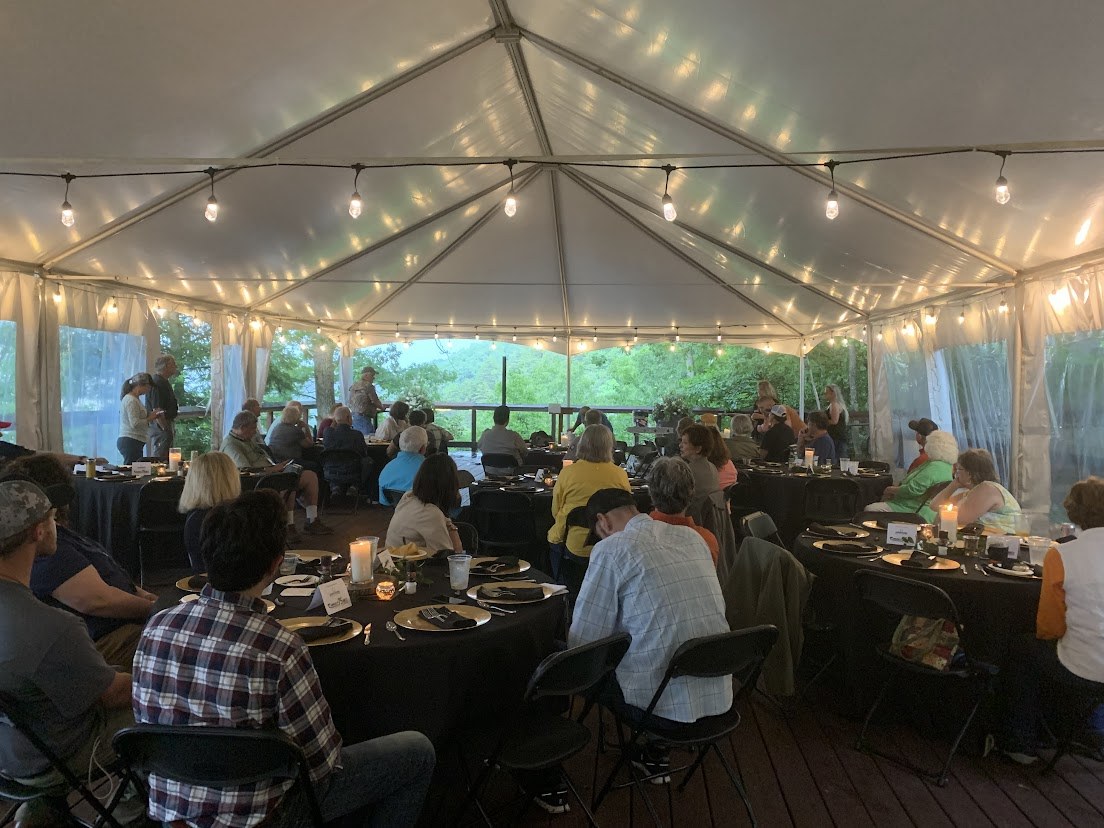 It was great to be back at the Southeastern Outdoor Press Association conference.

A week at home followed, and it was back to Louisiana for both work and fun. The fun part was fishing at Davis Pond with Bayou Wild TV. We found redfish and a few largemouths stacked up in the diversions outflow and took an airboat ride to see over 500 acres of new land created by letting the river do its thing. If you like fishing, you can catch the premier on August 18 and watch the river work for anglers. 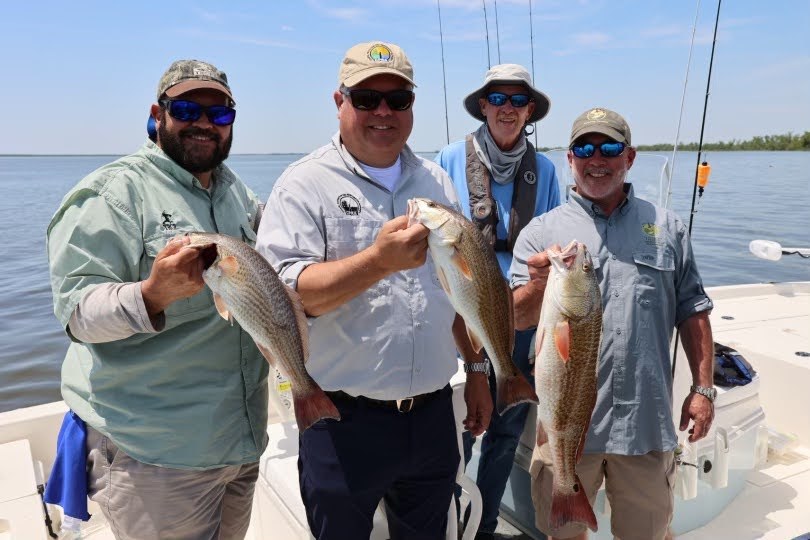 Fishing at Davis Pond in Louisiana with the Bayou Wild TV crew along with Chris Macaluso of Theodore Roosevelt Conservation Partnership and Bren Haase of Louisiana Coastal Protection and Restoration Authority.

July caught me in Orlando, Florida at the International Convention of Allied Sportfishing Trades (ICAST). ICAST is THE fishing tradeshow, and every tackle company and pro fisherman is there. It’s also one of my favorite weeks of the year since I get to catch up with old friends and make a bunch of new. It’s when I get to thank so many in the industry for their help in conservation and restoration work and fill them in on upcoming issues. Being in Orlando also gave me the chance to see, and take a selfie at, the headwaters of the Everglades. Shingle Creek originates just down the street from Disney, and it’s the beginning of one of the most dynamic ecosystems in the world. It doesn’t look like much, but neither does the Mississippi at Lake Itasca.

Finally is the best news for Vanishing Paradise! Louisiana is the only state where we have a dedicated Sportsmen Outreach Coordinator, but that position had been open for months. In July, Matt Waguespack of Thibodaux joined our team. Matt’s a lifelong hunter and angler. He loves his state, her people and wildlife and can’t wait to have a positive impact for restoration. 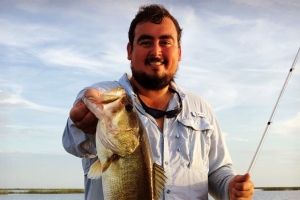