Most biologists believe the turkey population has dropped again by at least a million, but why? 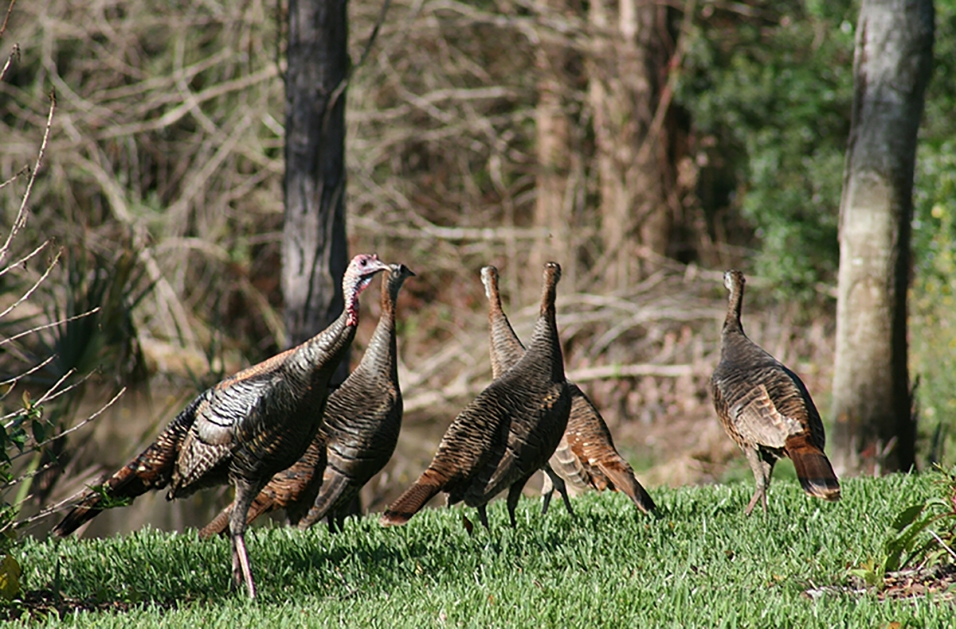 “I’ve hunted a lot of places, and I’ve heard a whole lot of turkeys. I may have heard this many gobbling at one time, but I sure can’t say I’ve ever heard more,” said Jim Spencer, one of the nation’s top writers on turkey. It was April 2004, and we were hearing the world wake up from a good listening spot on the Ames Plantation in Tennessee. It was a perfect morning for hearing turkeys, and the birds were gobbling from the far range of hearing on all points of the compass all the way to the little ridge on which we stood. Given that Spencer has hunted all the top places in their prime, his statement stuck with me.

Sadly, it seems that was the high point for turkeys in the region. I no longer hunt that location, but friends who do tell me it’s a shell of what it was, and this is a heavily managed private holding with 18,000 contiguous acres. I do however hunt in the same region, and despite some ups and downs which can usually be explained by looking at spring weather, the trend has been in the wrong direction ever since. That trend appears to be the norm in much of the country, and that’s especially so in the south. Spencer writes about it here in his January 2021 newsletter 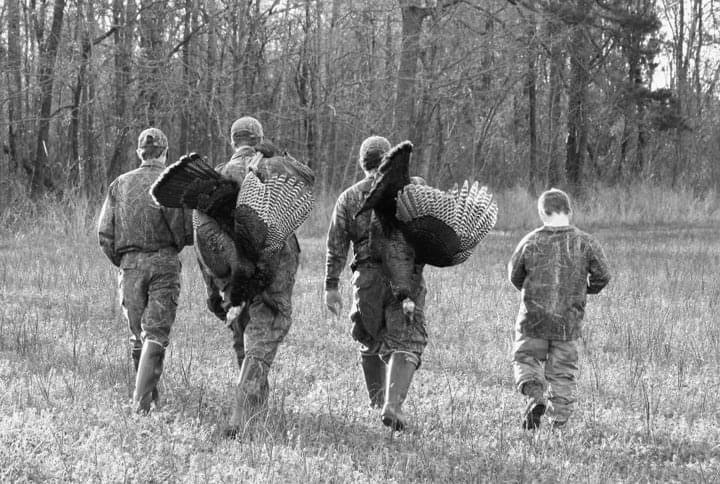 Sure, there are hotspots which have held up, and we all see an uptick occasionally, but we’re talking trends. For instance, a recent NWF Outdoors report found America’s game birds have lost approximately 9 million acres of habitat in the last 20 years. That’s the size of New Jersey. In talking turkeys specifically, the turkey population in Arkansas has shrunk as much as 65% since 2003, and Mississippi numbers are down about 45% from their historic high point. In South Carolina the harvest is down 40% since ’02, and the list goes on.

We’re talking here about a species which many wildlife professionals once thought was reduced beyond recovery. We’re talking about a bird which had diminished to just a few thousand individuals but was brought back to an estimated 7 million birds. Most biologists today believe the number has dropped by at least a million, but why? Shouldn’t we know better than ever how to manage for healthy flocks?

The answer is “sort of.” We obviously know a lot more about turkeys now than during the dark times in the last century, but a whole lot of questions remain. We know good habitat will offset several limiting factors. For instance, predator numbers are higher than ever in many areas due to the declines in the fur market, but plenty of nesting habitat could mitigate the impact. Spring rains have less effect on nests and poults in an area with good thickets rather than vast hayfields or open hardwoods, but good habitat is in poor supply in many areas and poult survival is declining nationwide. 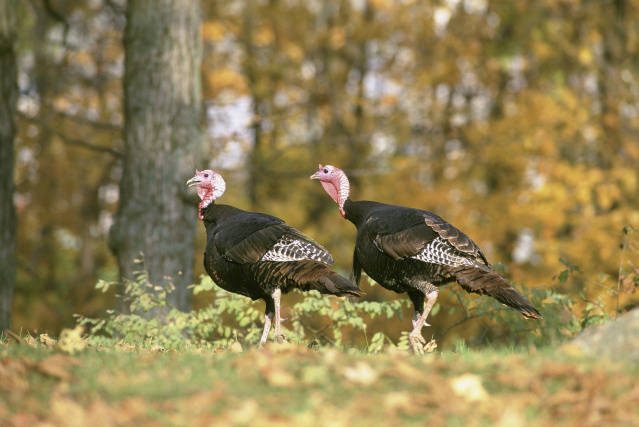 Yes, plentiful quality habitation cures a world of ills for all wildlife, but turkeys face other obstacles, and many ongoing studies are seeking to assess and deal with them. Some question whether our old belief that as long as a jake was left around, all hens would get bred. Theories question if breeding and nesting are negatively impacted when a dominant gobbler is killed early in the spring. Theories range from it taking time, energy and stress for a new “boss” to emerge to low sperm counts in subordinate birds and jakes until they have assumed the top spot for a few weeks. Then there are issues many don’t consider such as the use of poultry litter as fertilizer being an avenue for disease. There’s the issue of hay being cut earlier than ever in some areas with hens often nesting in hayfields. What about new hunting techniques and products which have become common in the last 20 years? Could they possibly be a reason gobbler harvests remain relatively high in areas where the population is declining? Twenty years ago, if you asked a top turkey hunter about a stubborn field turkey, he’d tell you some variation of “I hate field turkeys,” and he had good reason…they were tough. Today that answer would be different due to reaping, strutter decoys, ground blinds and innovations in shotgun ammunition from a  greater distance than ever before.

One promising piece of legislation is the bipartisan Recovering America’s Wildlife Act, which will provide $1.4 billion annually for the same kinds of proactive, locally led conservation efforts that restored wild turkey in the first place. If passed, RAWA will be a boon for hunters and anglers nationwide – read more about it here. 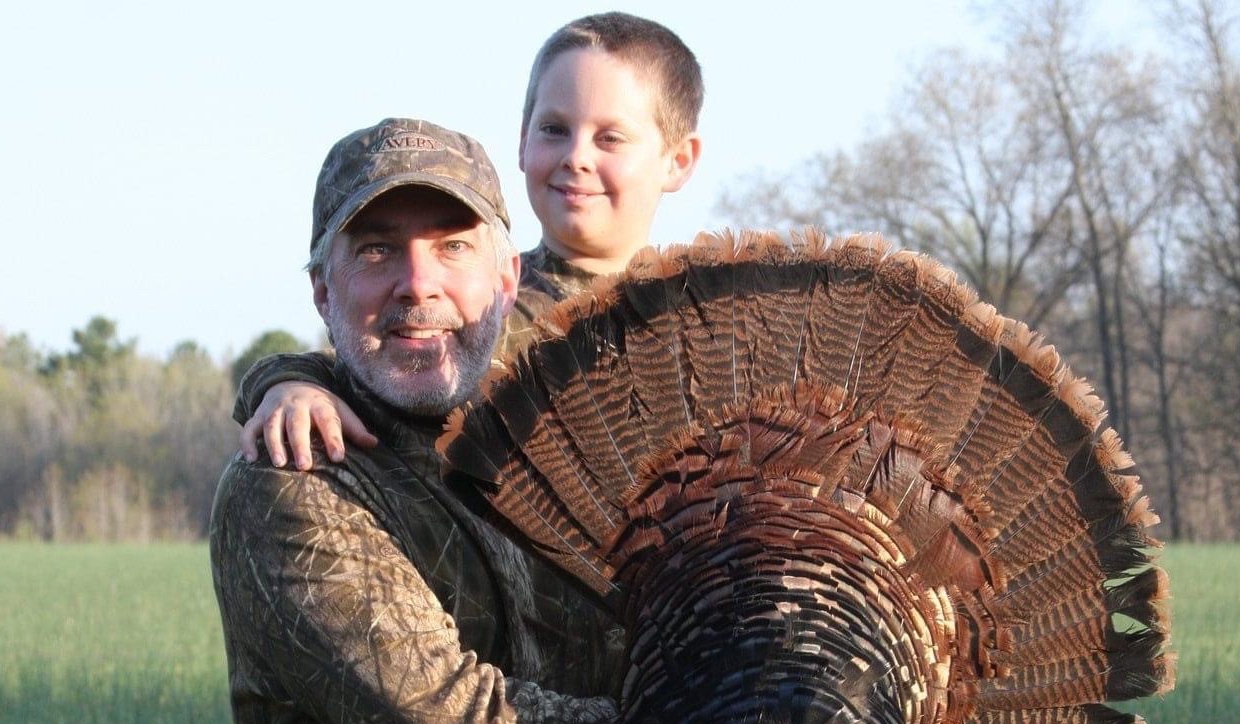 Bill Cooksey and his son.

Restoring turkey numbers is going to take sportsmen demanding answers, supporting the groups and agencies which search for them, and then accepting the results of the studies…even if that negatively impacts our days afield.

All that said, things aren’t all doom and gloom. Heck, I grew up on a farm which hadn’t seen a wild turkey since the 1920s, and today that area has a huntable population of birds, but growing up without turkeys probably makes me a little more sensitive to the downturn in numbers than folks who never knew a landscape without them.

It’s time for hunters to lead because we don’t want to ever see such a landscape again.