Restoration and Rebirth: Fishing in the MRGO

The Mississippi River Gulf Outlet (M.R.G.O.) is a popular fishing destination in south Louisiana. Recently, we took a tour with Bayou Wild TV to discuss the history and need for restoration. 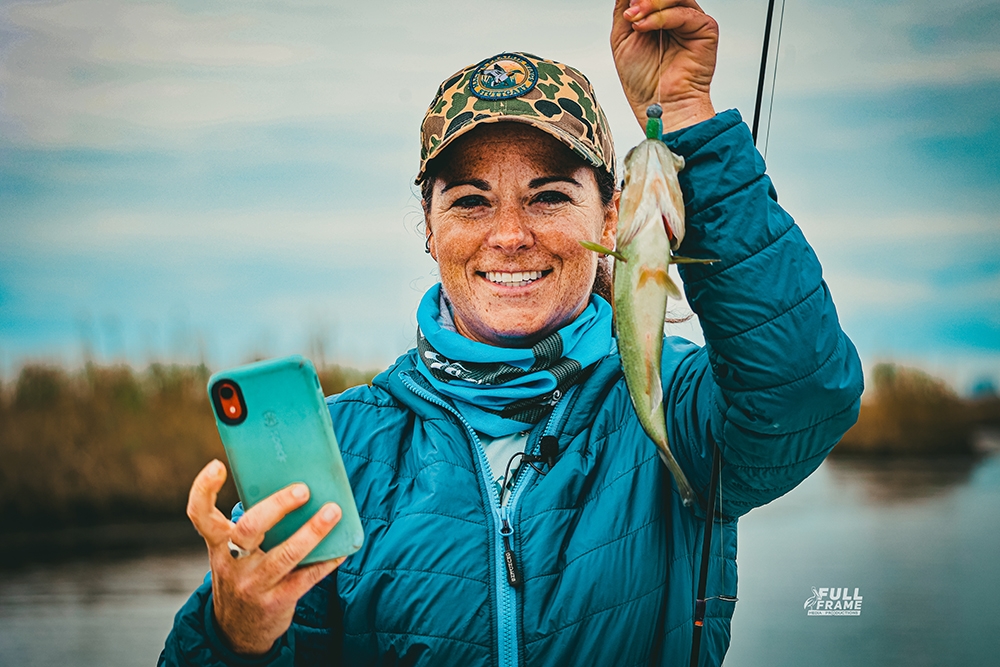 “Many concerned citizens way back in the 1950s and ‘60s warned the digging of the Mississippi River Gulf Outlet would forever alter the cypress swamps in St. Bernard Parish that supported some of the best fishing for largemouth bass, crappie and redfish in the entire world. Boy, were they right.”- Todd Masson

Mother Nature has a funny way of reminding us that she makes the rules, and all of us here in South Louisiana are all too familiar with that adage. She is a force to be reckoned with – despite human intervention – and the dynamic Louisiana coastline is no exception.

Take, for example, the Mississippi River Gulf Outlet (MRGO) – an ill-conceived, 76-miles long federal navigation channel built in the 1960s, which, ultimately impacted over a million acres of coastal habitat. The vast landscape that was destroyed by the MRGO included the destruction of protective wetlands that acted as buffer zones to the Greater New Orleans area; leading to numerous levee breaches during Hurricane Katrina, which caused catastrophic flooding and claimed the lives of hundreds of local residents.

This devastating impacts to the region’s resilience is lined to massive shifts in the salinity of the area caused by the channel, altering the entire ecosystem’s flora and fauna. A landscape that was once home to a draping canopy of moss hanging from historic bald cypress swamps was converted to a barren ghost swamp, leaving behind just cypress knees. Originally, locals fished the 650 feet wide channel, catching an array of freshwater species from sac-a-lait to largemouth bass to even crawfish! But over time, severe saltwater intrusion gradually eroded the banks of the channel to over 3,000 feet wide in some areas, not only furthering the exacerbation of wetland loss, but also changing the status of the fishery. As the salinity levels of the channel shifted, so did the species of fish.  At the height of the MRGO’s opening, anglers were catching several saltwater species, as local marshman Todd Masson notes, “Instead of crappie, known as sac-a-lait to locals, anglers caught salinity-dependent species like jack crevalle, sharks and even pompano and mangrove snapper.”

Despite strong, organized calls for closing the MRGO in the years prior to Katrina, the channel remained open. Sadly, it took the environmental, economic and social destruction of the Greater New Orleans area after Hurricane Katrina for Congress to finally close the channel in 2009.

The MRGO was closed to navigation with a rock dam near Bayou La Loutre and a $1.1 billion surge barrier was constructed across the channel. These closures moderated salinity levels in the area, and in turn, would ultimately bring forth a more sustainable situation for large-scale ecosystem restoration – and with that comes one of the best fishing hot spots in the state. 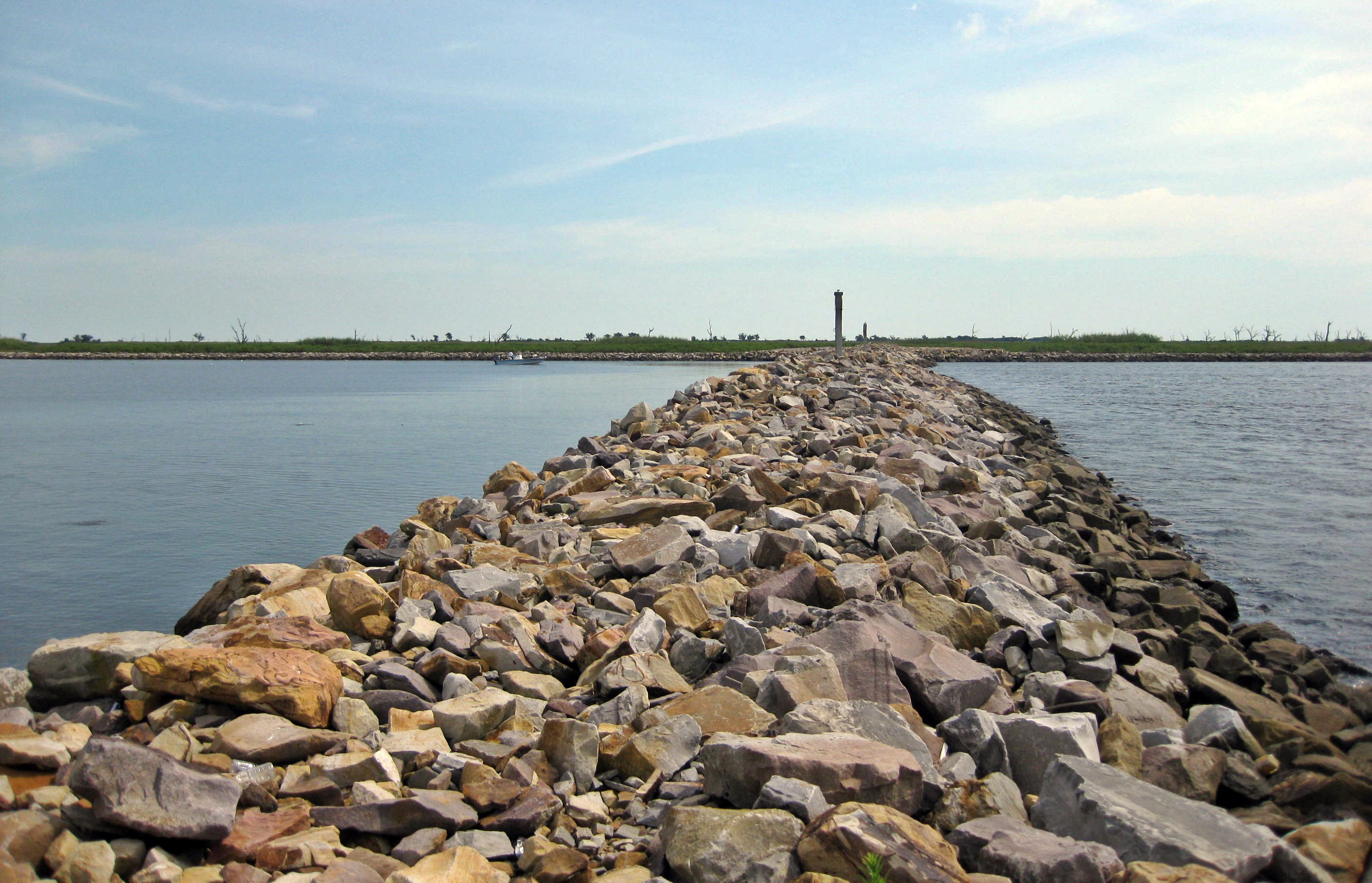 Along with the regrowth of vegetation, oysters and crawfish have returned to the area. Before the creation of the MRGO, the Biloxi Marsh sustained a healthy population of oyster reefs, but they died off with the influx of salt water. These productive reefs are now a close match to their pre-MRGO state. Crawfish, sac-a-lait, and largemouth bass have returned to places that they have not been seen since the 1960’s, too. And Rangia clams – a species that offers tremendous benefits for sportsmen – have rebounded in nearby Lake Pontchartrain. Diving ducks and blue crabs are commonly found foraging on these, providing more hunting and fishing opportunities as they attract recreationally targeted species.

“Though the cypress swamps in that specific region are likely gone forever, the damming of the MRGO has allowed the marsh to begin to heal and the fishery to take strides back to a healthier state. Speckled trout still call the MRGO and its adjacent marshes home during the months they don’t need salinity to spawn, but now, anglers also catch ridiculous numbers of marsh bass, often in the exact same spots that are producing specks. The fishery is now arguably one of the best in all of Louisiana, and it’s certainly one of the most diverse. It’s my favorite fishery, and that’s something I couldn’t have said about it before the MRGO dam,” Masson said.

The restoration story of the ecosystem around the MRGO is far from over. Billions of dollars of restoration plans remain to be implemented in the area and there is still major recovery needed for nearby communities that have suffered from ongoing impacts of the open channel for decades. But the promise of a thriving fishery in an area that was once the poster child for environmental disaster brings us hope and a reminder – given the chance and the support, Mother Nature can balance herself out and flourish.

Want to see more from this dynamic fishery and hear about its history and how its ongoing restoration has impacted local sportsmen? Check out our recent episode of Bayou Wild with the National Wildlife Federation’s Dr. Alisha Renfro, Chris Macaluso of the Theodore Roosevelt Conservation Partnership and local fishing expert Todd Masson. 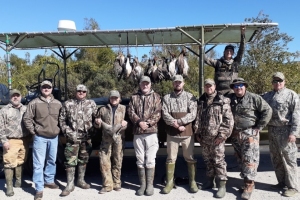 Next: Louisiana Legislators Gather for the Coast