We're Back: VP Hits the Road

The Vanishing Paradise team is still here, and there’s work to be done. 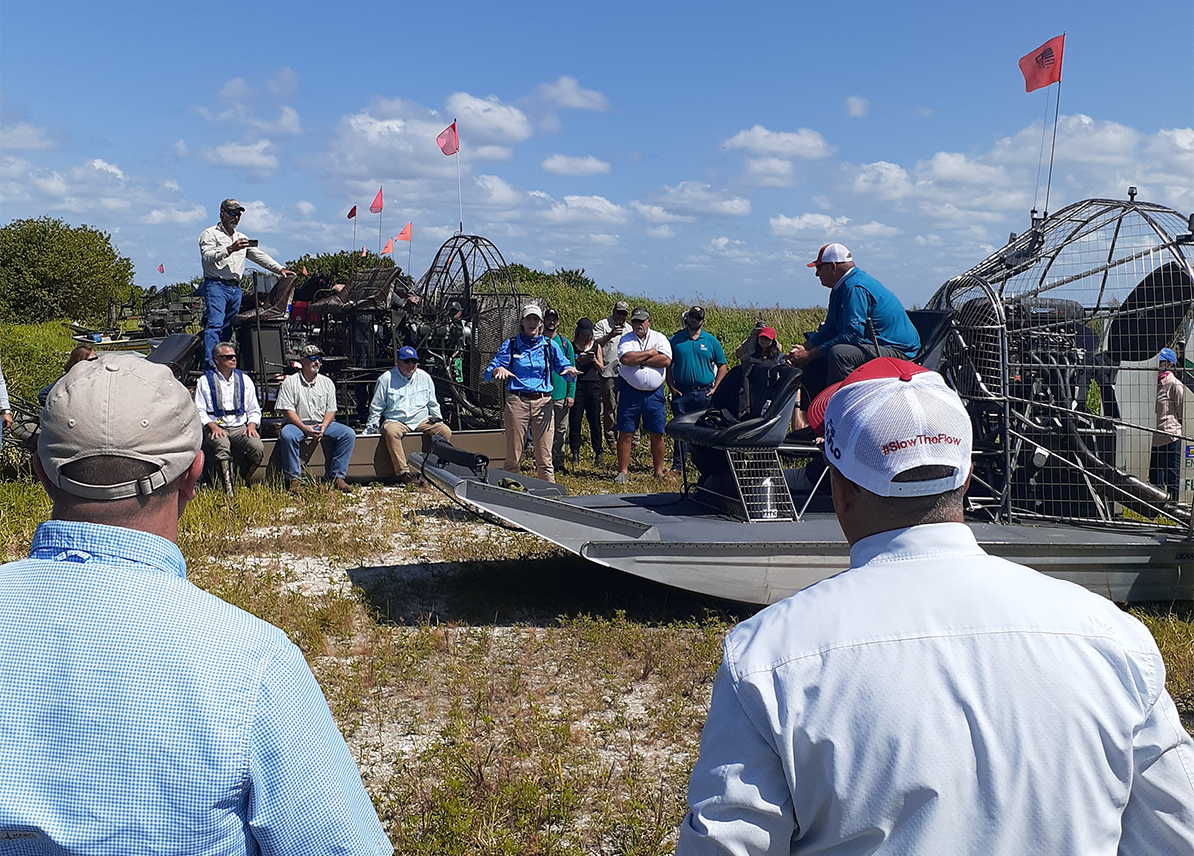 Touring the Everglades with decision-makers and stakeholders, 2021.

In March 2020 I wrote a blog which ended, “But a new sense of normalcy will arrive, and there will be room in the news for things other than a virus.” Now, 18 months later it seems like maybe, just maybe that’s beginning to happen. I imagine right now we’re all feeling a little hopeful yet a bit apprehensive, and I imagine we’ll feel that way for more time than any would like.

The blog I mentioned was the last work trip I made until June of this year. In the interim, the National Wildlife Federation and Vanishing Paradise, like many businesses, closed offices and banned travel or meeting in person. Of course we had phone and email, and of course we “Zoomed.” Instead of in-person events, we pivoted to online work and “virtual fly-ins.”

Like most jobs, COVID brought us challenges we’d never previously considered, but the work of making a difference went on. My good friend Travis Thompson coined the phrase “conservation isn’t convenient,” and he was never more right. We worked with sportsmen from around the country to make sure their lawmakers in DC knew the Everglades mattered to sportsmen, and we worked with sportsmen in Louisiana to let everyone know the Mid-Barataria Sediment Diversion was a good thing for sportsmen. In other words, we worked, but it wasn’t the same.

First up was a trip to Florida, and it was a trip full of firsts. I’d never been to Lake Okeechobee, and, thanks to Everglades advocate Mike Elfenbein, my first time there was on a congressional tour where over 100 folks traveled around in 35 airboats, bass boats and mud boats. There were lawmakers from DC and Tallahassee, volunteers, stakeholders, agencies, private companies and NGOs. Those in attendance don’t necessarily agree on every step required to restore Okeechobee and the Everglades, but they agree it must be done, and that’s HUGE! 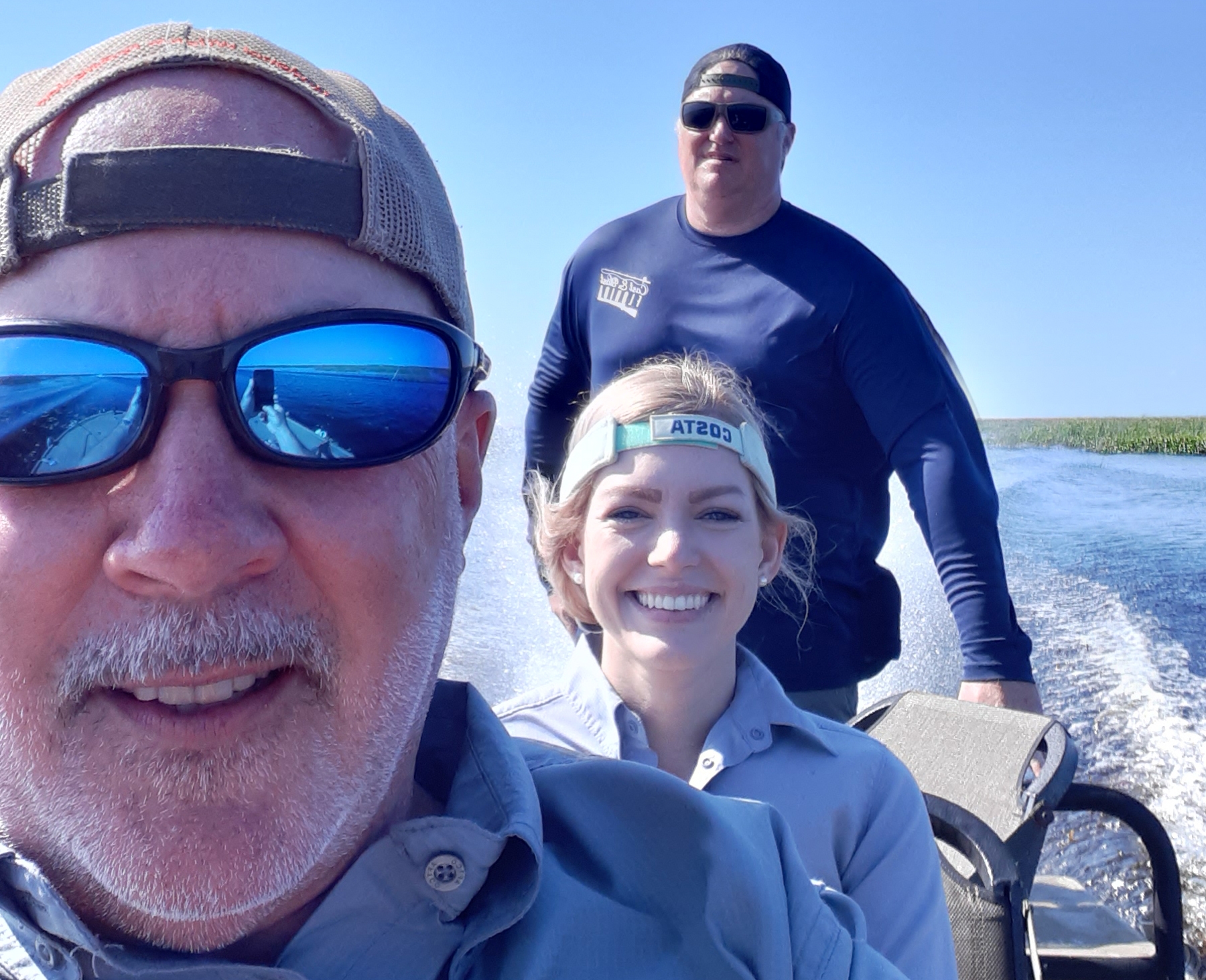 Leaving the event, a friend asked, “Have you ever caught an alligator?” I’ve been asked that before, but it was the first time my “no” got a “want to?” And so it was that 16 hours later, I was knee deep in a Florida lake holding a piece of PVC with me on one end and a nine foot alligator on the other.

To complicate matters, this wasn’t an alligator hunt like you see on television. My host goes after nuisance gators, and most of our stops were in the city. On that first one we had a family from California and a couple of fishermen as spectators. Another stop had us at a pond in the middle of an apartment complex, and yet another at an apiary (look it up). What we were doing would be most accurately described as alligator trapping, because we not only had to catch the gator, he had to be hauled out of the water, up the bank and into an expanded metal trailer…alive. You may not know this, but alligators don’t like that.

Being tied to an alligator with the sound of people cheering in the background is an outdoor experience I’ll never forget. 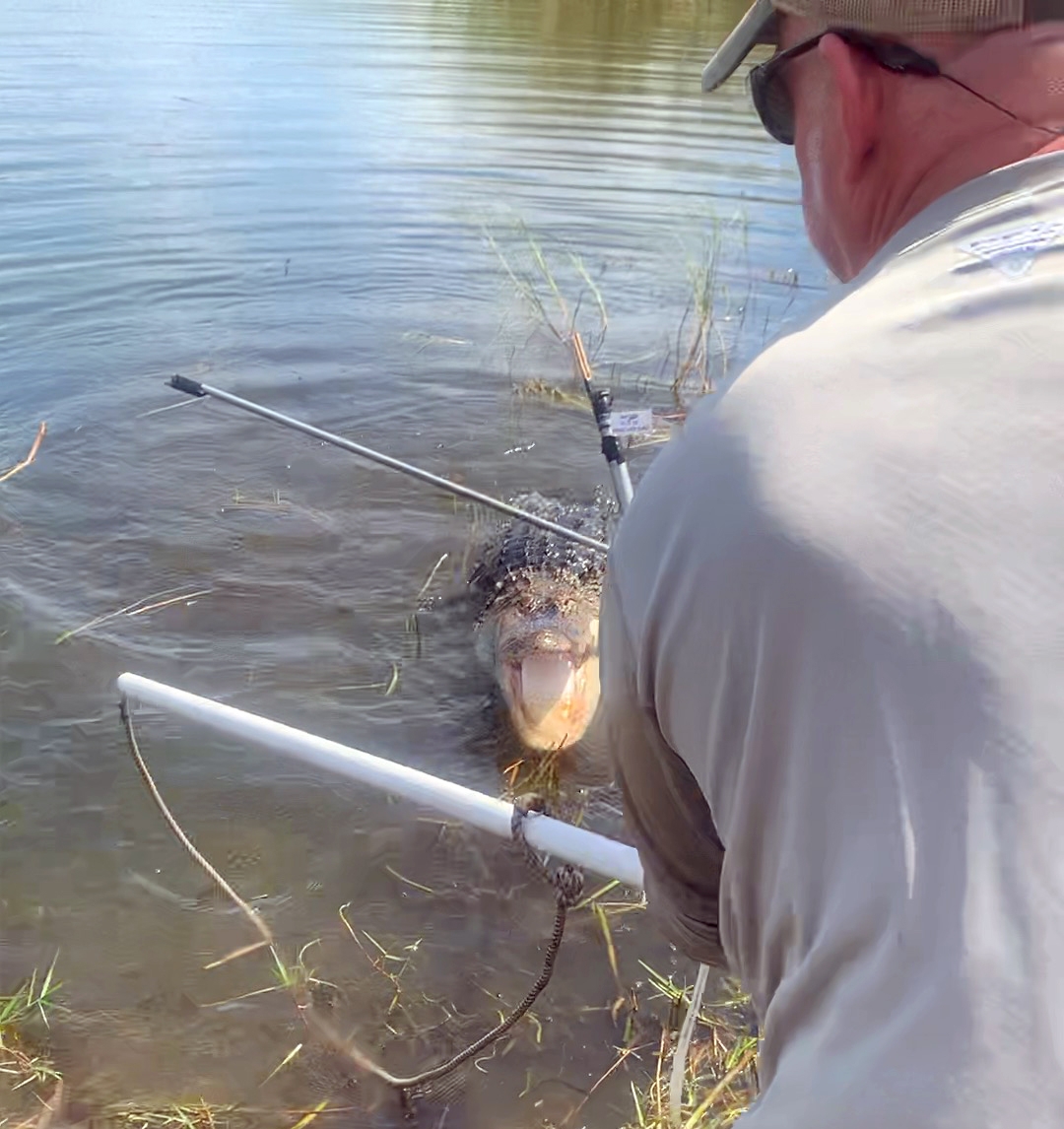 Next up was the Ducks Unlimited Expo at The Texas Motor Speedway. This was a first-time event and open to the public. Folks were there from dozens of outdoor companies like Go-Devil, Rich-N-Tone, Mack’s Prairie Wings, Foiles, Leupold and War Eagle. It was a great time to catch up on family news and their business, thank them for past support and fill them in on the latest Vanishing Paradise news.

That was soon followed with a three-day meeting in New Orleans so our entire team could strategize on our next steps as things continue to open up. And then came ICAST (International Convention of Allied Sportfishing Trades), a sure sign that things were indeed trying to get back to normal. This fishing industry tradeshow normally brings people from all over the globe to see the latest in equipment. It’s always a great event, and this year was no exception. Certainly, numbers were somewhat down, for a host of reasons, but I’ve never seen folks so excited to be back together. Despite the fishing industry being plagued by the same production, parts and labor issues as every business, hundreds of companies and thousands of attendees were there.

We’ve all been through a pretty rough stretch, but we’re still here, and there’s still work to be done. 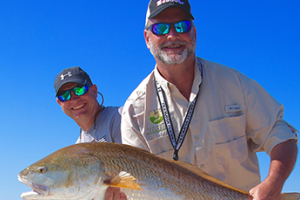 Next: Cranking and Chattering for Redfish