It isn’t a matter of if, but when, climate change will find our favorite spots and change our sporting lives.

A new report from NWF Outdoors – A Hunter’s and Angler’s Guide to Climate Change: Challenges, Opportunities & Solutions – highlights the plight of wildlife, hunters and anglers throughout the country.

If you hunt and fish you need to see this report – both to be an advocate for the sport and source of high-quality proteins, but also to understand where your beloved game may be located in the future.

We’ve all heard the Louisiana stories about hunting just a couple of decades ago: hunting on lands that now don’t exist, destroyed and sunk beneath the waves.

“Climate change has arrived in every nook and cranny, every holler and hunting camp, every fishing hole and every duck blind. There’s no two ways about it - things are changing and it’s affecting our ability to hunt and fish,” the report states. “Hunters and anglers from across the country are witnessing first-hand the effects of a changing climate. They are seeing what it means when temperatures rise an average of 2 degrees Fahrenheit over the past 50 years. They are seeing the very troublesome outcomes for the lands and the waters that sustain the fish and wildlife we so love to pursue.”

Within the Mississippi River Delta, climate change impacts are relentless. 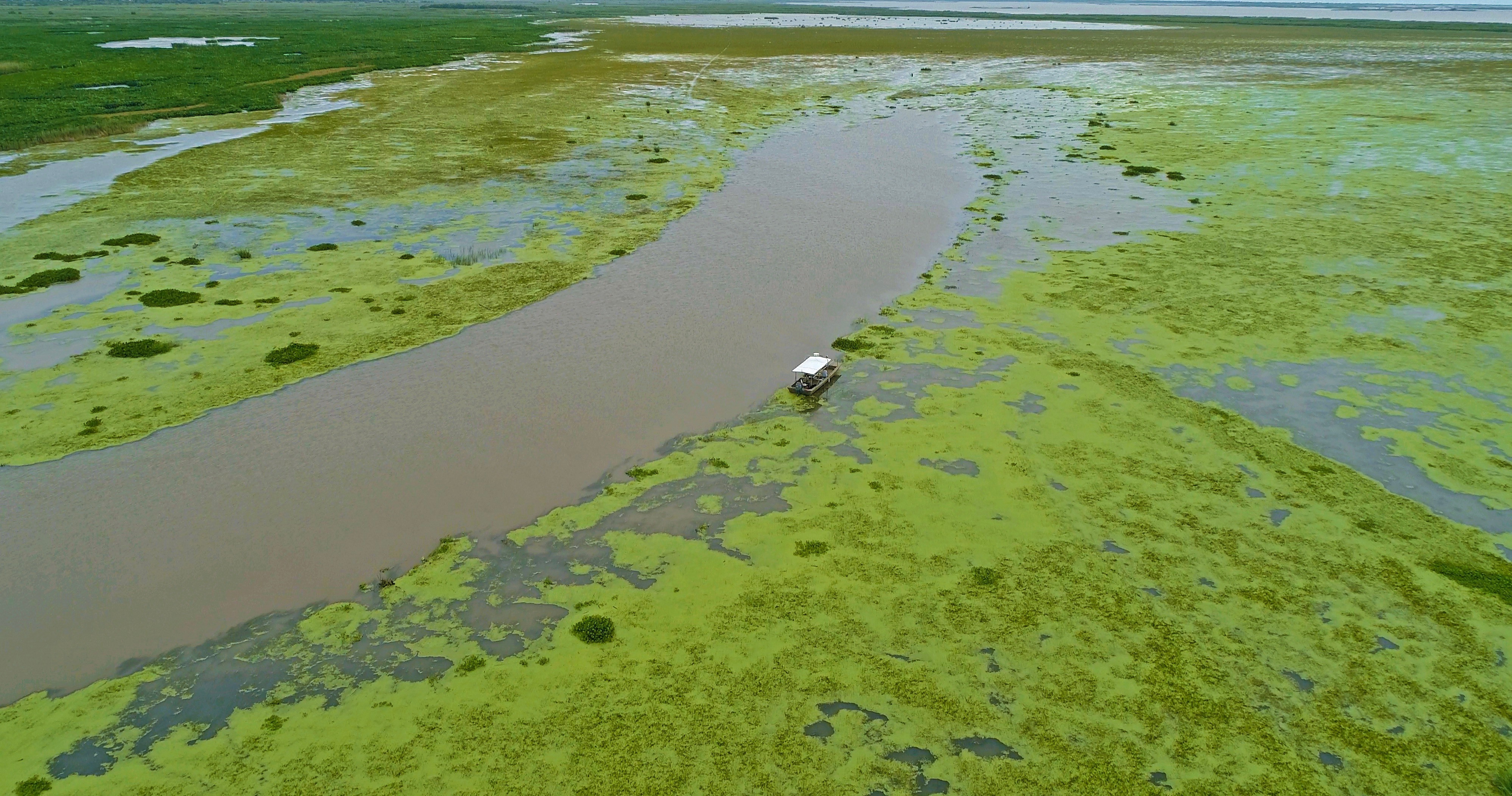 “More frequent high-heat days and milder winters in the basin have begun to throw off mating and migration patterns for wildlife and allowed increased numbers of pests to persist throughout the year. Later spring freezes are stressing vegetation and leaving wildlife with limited resources at unexpected times during the season,” according to the report. “Increased flooding from intense weather events causes sediment and agricultural runoff to pollute the river, degrading aquatic habitat, especially for fish that are sensitive to changes in water level and temperature. And further, a complex system of dams and levees are keeping the sediment from making it to the delta. The sediment provides the material to keep the delta healthy and resilient from flooding and hurricanes.”

Albertine Kimble began duck hunting in Louisiana when she was 11 years old. And since that time, the changes in habitat at her home place have been dramatic. “I’m watching them disappear before my very eyes. It’s killing me. The marshlands and wetlands around me look like a wasteland. Ultimately no wetlands mean no wildlife and no people,” she said. “Our summers are becoming hotter and every year the hurricanes are more frequent and intense.”

The report highlights case studies of where Vanishing Paradise is having some success in the Mississippi River Delta. Areas like the Maurepas Swamp, Bay Denesse, and the Mid-Barataria Sediment Diversion offer hope and a path forward for conservation work aimed at mitigating the impacts of climate change. And another great tool is on the horizon, but will need the support and advocacy of hunters and anglers across the nation to succeed. It is an opportunity that would direct the U.S. Environmental Protection Agency (EPA) to work with federal, tribal, state, and local entities to improve the health of the Mississippi River’s water and nearby ecosystems, increase its resilience to natural disasters, protect and restore wildlife habitat, and more.

It’s called the Mississippi River Restoration & Resilience Initiative (MRRRI), and it requires the EPA to create an action plan to guide implementation of projects that “(i) protect or restore naturally occurring hydrologic, geomorphic, and ecological functions and processes, including the restoration or rehabilitation of wetlands, in stream habitats (including through reconnection of side channels and backwaters), living shorelines, or upland habitats;” and ‘‘(ii) remove or modify structures such as culverts, levees, and dams to restore natural hydrology or restore the form, function, or processes of rivers, streams, floodplains, wetlands, or coasts;” ...Along with numerous other provisions.

This implementation must be developed with public input and regularly updated. MRRRI also provides grants for restoration projects in cities, towns, and tribal nations along the Mississippi River, with dedicated investment in communities that have borne the brunt of environmental degradation. 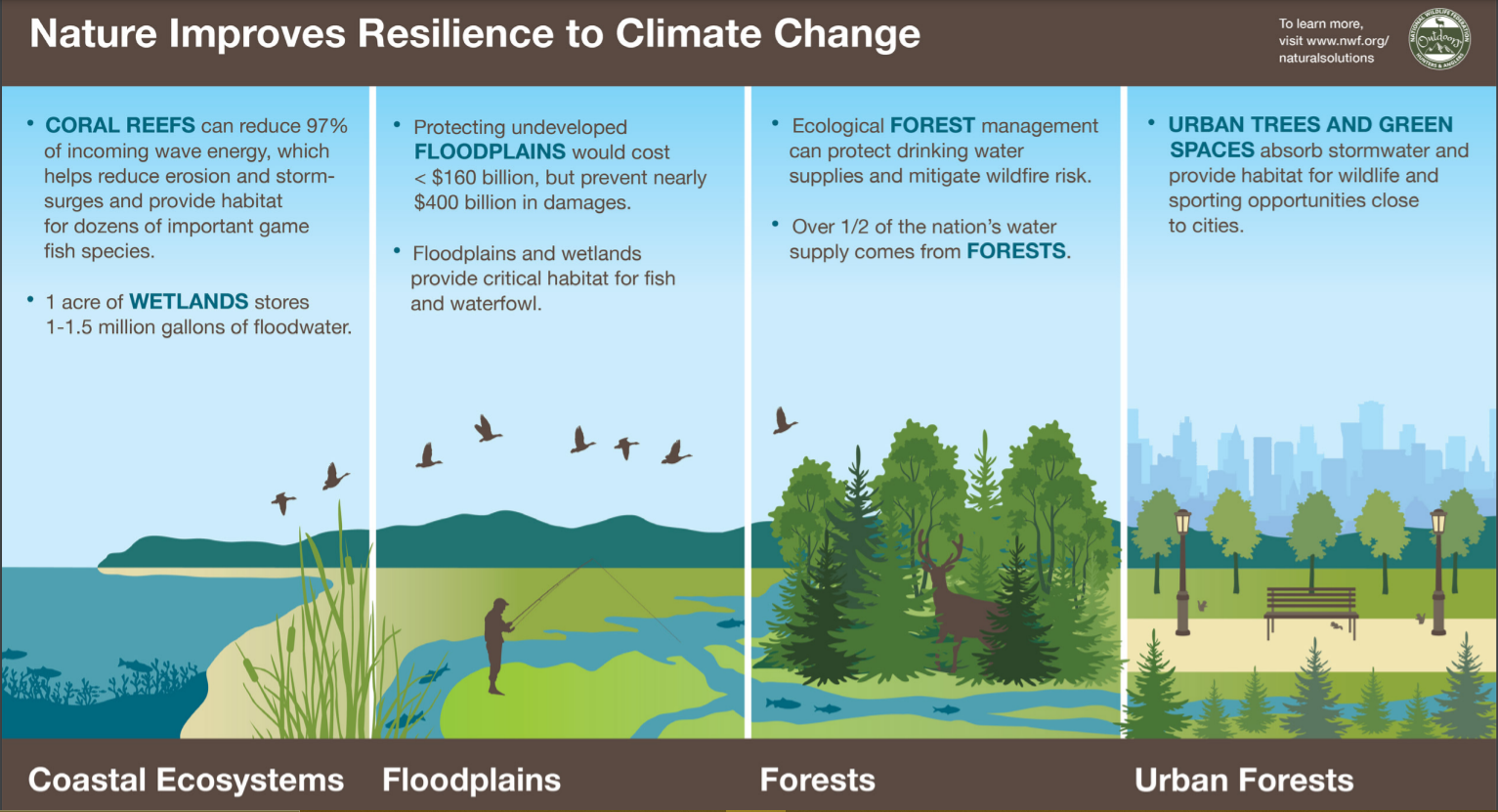 The report also dives into issues across the Gulf in Florida, where its embattled ecosystems are facing unprecedented pressure centering around water. A history of mismanagement has resulted “…in toxic algae blooms, seagrass die-offs, and fish kills in estuaries swamped by nutrient polluted freshwater due to overdevelopment and other human causes. At the same time, places like the Everglades and Florida Bay are not receiving the amount of clean freshwater needed to maintain a healthy ecosystem.”

Travis Thompson, a Florida fishing and waterfowl guide and radio talk show host says “We’re losing habitat every day. Sea levels are rising. Quicker runoff means that water isn’t being filtered by wetlands. It’s all a recipe for disaster. We’re putting too many pressures on an ecosystem that is fragile to begin with.”

Again, there is hope, and Vanishing Paradise has engaged in several projects (and plans for more) that are often led by the sporting community. The Kissimmee River Restoration project at the headwaters of the Everglades is one very visible example, as is the Daylighting and Restoring McCoys Creek effort. In Pensacola Bay, oyster reef restoration has just begun, which will bring benefits to the marine ecosystem supporting the oyster fishery, forage fish, sport and commercial fish populations. 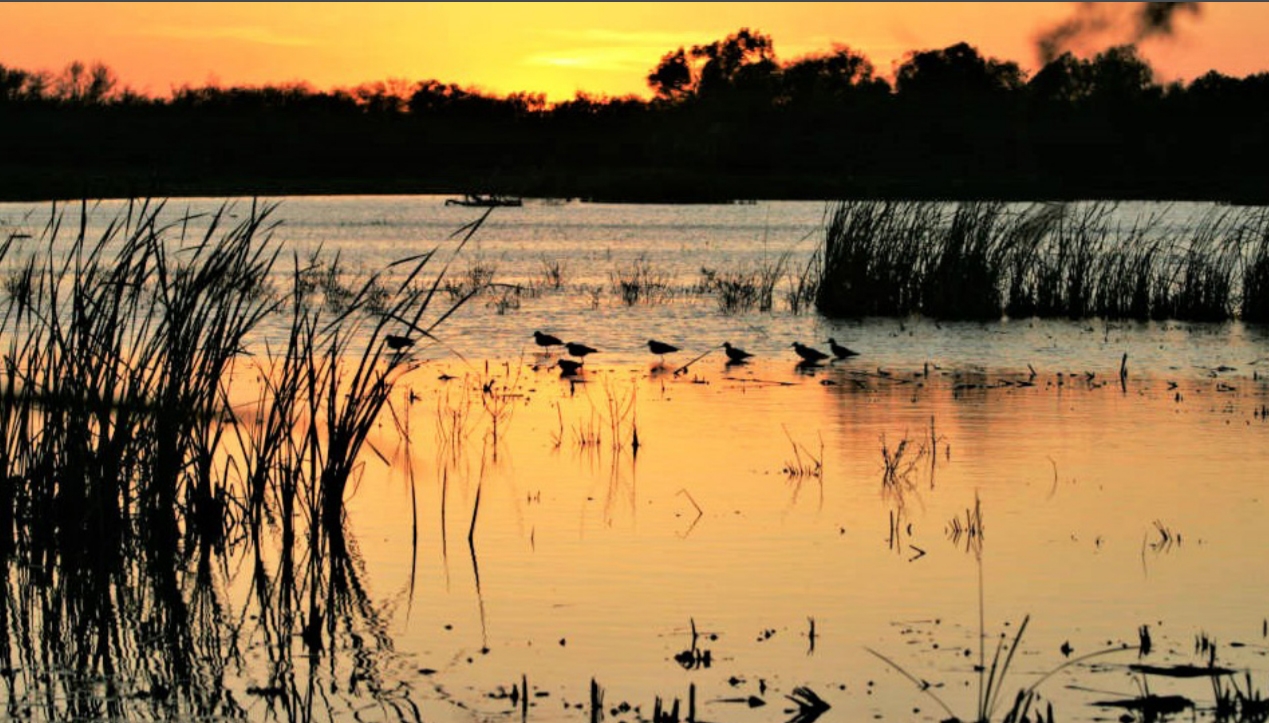 The report details areas across the country, too, like the Columbia River Basin and America’s imperiled grasslands.

Finally, the report details five climate-forward policies to be aware of and advocacy actions we all can take part in, such as: telling your climate stories; getting engaged in restoration efforts; educating yourself on climate change and its impacts; learning about conservation policies aimed at addressing the impacts of climate change; and talking to your decision makers.

“The answer is clear. We can and we must be leading voices to promote and implement strategies, policies, and good ideas that combat climate change, and that save hunting and fishing for generations to come. This publication is about spurring conversations in our community – opening the doors to solutions cut from the sporting cloth that both addresses climate change and enhances hunting and angling opportunities – and paving the way for a fish and game-filled future with ample opportunities to pursue them.”

For more information and to view the report, go to: www.nwf.org/GameChanger 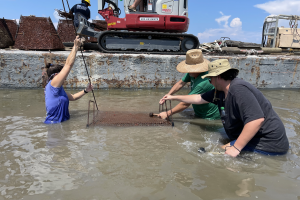 Next: In the Field: Chandeleur Sound Living Shoreline