Just How Bad Was It

The 2018-19 duck season was so bad it has some hunters seeking answers in all the wrong places. 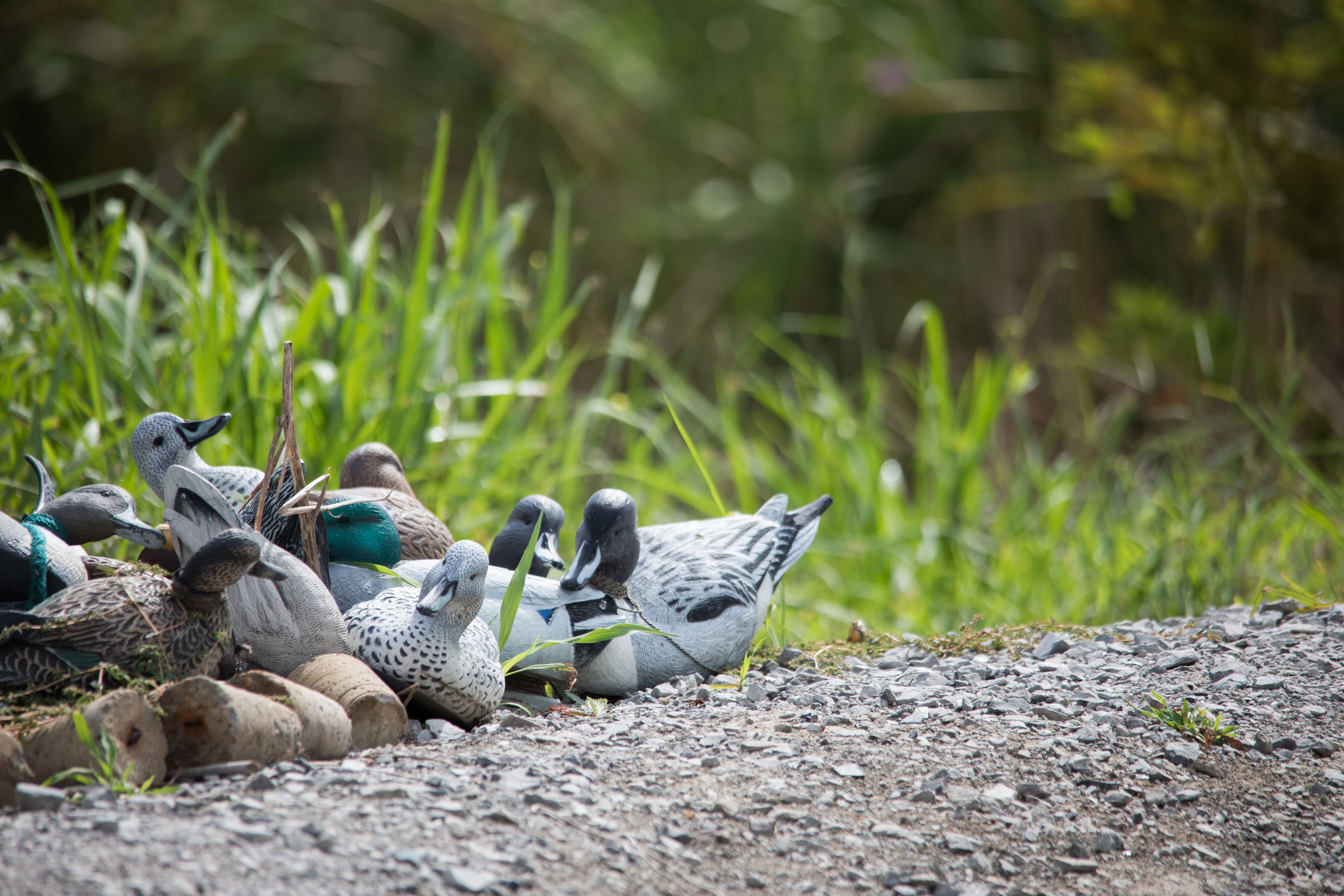 “Awful,” “bad,” “stunk” and “worst ever” are some of the more benign adjectives I’ve heard, and used myself, to describe the 2018-19 duck season. I heard it from people in Illinois and Missouri and all the way south to the Gulf. Heck, I even heard it from friends who traveled to Canada back in September. That’s right, even those up north where many of the ducks stayed generally had a poor season. Just as in the south, if ducks stay in one area too long they get “stale.” They learn where it’s safe and where it’s not, and if there aren’t enough safe places they go nocturnal. People were hunting within a few miles of hundreds of thousands of birds, but they hardly saw one in the air. Those of us who have hunted for more than a few years know bad seasons happen, but this one took the cake. In fact, it was so bad it has some hunters looking for answers in all the wrong places, and it’s taking time, money and energy from the kind of conservation work which would help ducks, and fish and people. 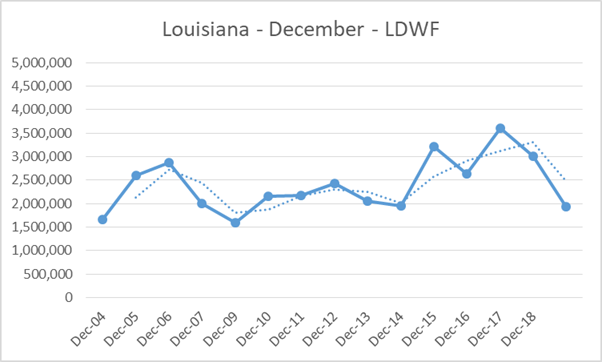 The Louisiana Department of Wildlife and Fisheries surveys show numbers being down last fall, but the actual difference in numbers wasn’t a drastic as many thought.

I’m a duck hunter, and my season was poor at best. I get it. We spend a lot of time and, often, a lot of money on our sport. When the ducks don’t show, we want answers. But some folks have gone beyond asking for answers and have bought into conspiracy theories and accusations. There were claims of changes to international treaties and federal laws. There were claims of conservation groups, state and federal agencies and northern hunters plotting together to stop the migration, and the list went on and on. None of it was true, but the science team at Ducks Unlimited took time to address each claim in writing and on video. But it didn’t stop, so Delta put out this video to explain the various dynamics at play during the season. 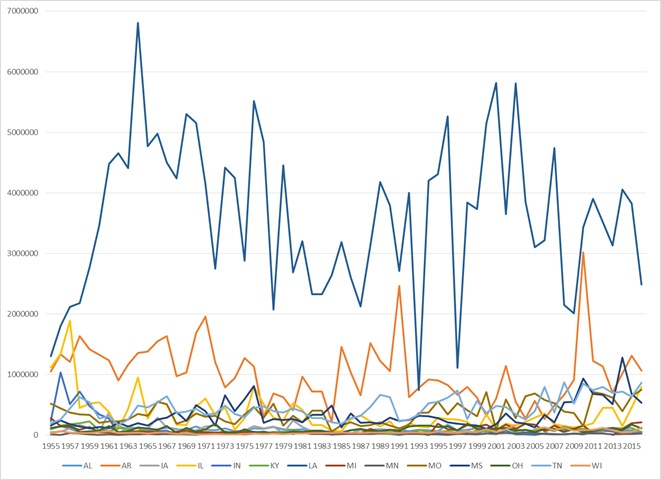 Plotting all the states in the MS Flyway, you see how dominant Louisiana is in terms of ducks with Arkansas being the 2nd biggest state for ducks. The only states that have an increase in ducks over time are Missouri and Tennessee, but we’re talking an increase of 300,000 birds.

I suppose the only real winner in this whole mess is Facebook, because it exploded. I’ve known Go-Devil founder Warren Coco for almost thirty years, and I don’t think I’ve ever seen him post on Facebook, but the conspiracy theories were too much. When the season ended he wrote an 800 word blog and posted it to the Go-Devil page. Coco has been hunting Louisiana for 50 years, and it was his worst season ever, but he’d watched the weather, checked water conditions up north, talked to other hunters and consulted his journal. He found no conspiracy, but he found record high water throughout the flyway and record warm temperatures all the way into Canada. He found unharvested crops due to heavy fall rains and fronts moving west to east rather than north to south.  He found a poor hatch on the prairies which resulted in mostly mature ducks in the flight. Basically, he found a perfect storm allowing ducks to just sit wherever they wanted.

For me, like Coco, it was my worst season in the 47 years I’ve been in the blind. I hunted mostly in Arkansas and Tennessee and this year was the first season I did not have to break ice, due to the unusually warm weather that blanketed the season. The place I hunt in Arkansas had one pit that stayed underwater from Thanksgiving through the end of the season and I wouldn’t be surprised if it’s still submerged. I’ve hunted that place since 1996, and I’ve never seen that pit covered by water. High ground was covered by sheet water, and the bottoms stayed flooded much of the season. Some of my best hunts in Tennessee occurred when the Mississippi River was rising fast and forced ducks which had been sitting all season to move around. All that water and stable weather was awesome for ducks, but it was brutal for duck hunters. The only bright side for us it ducks will be hitting the breeding grounds in great shape for nesting. 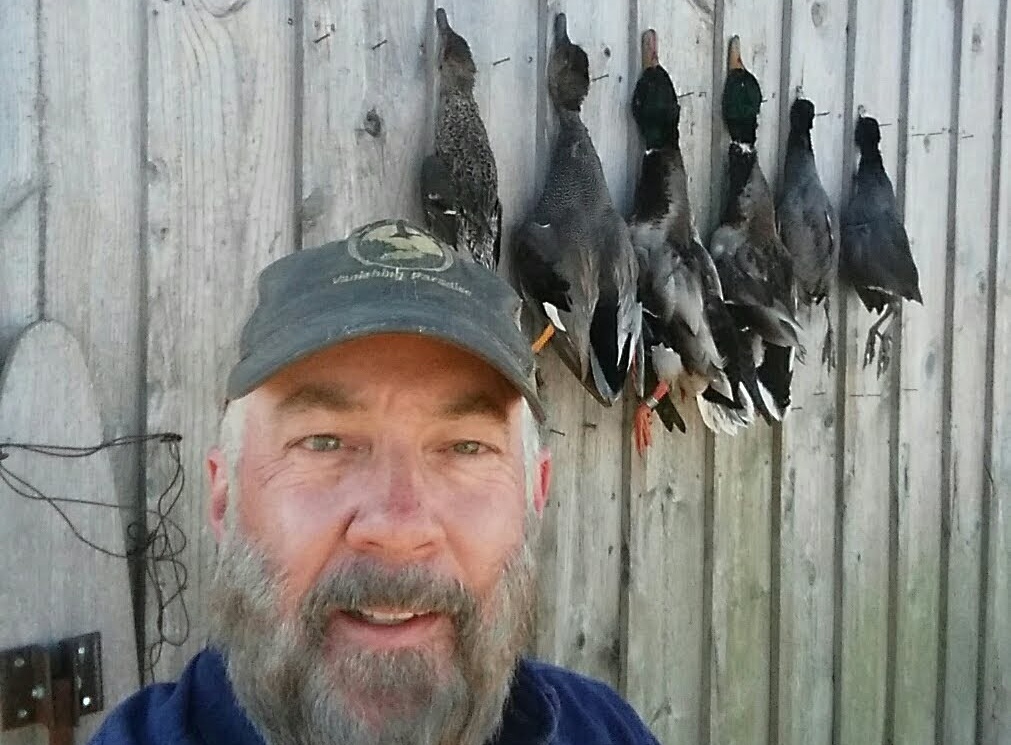 I closed the season in Arkansas. Yes, that’s two coots in the photo, and I was damn proud to get them.

In Louisiana we’re still losing a football field of marsh every hundred minutes. We’re still losing great waterfowl habitat to invasive species like giant salvinia, and rice farming has seen a serious decline. The very conservation groups which are being attacked by conspiracy theorists are pouring huge resources into Louisiana habitat so the state will hold ducks when the weather cooperates, and every time one has to stop to answer bogus claims, that work is delayed. When Go-Devil founder Warren Coco takes time to write an 800 word Facebook post explaining why few ducks made it south, that’s bad for business. When personnel from conservation organizations like the National Wildlife Federation, Vanishing Paradise, Ducks Unlimited and Delta Waterfowl have to take time away from their business of conservation to address outlandish claims, it’s bad for wildlife. 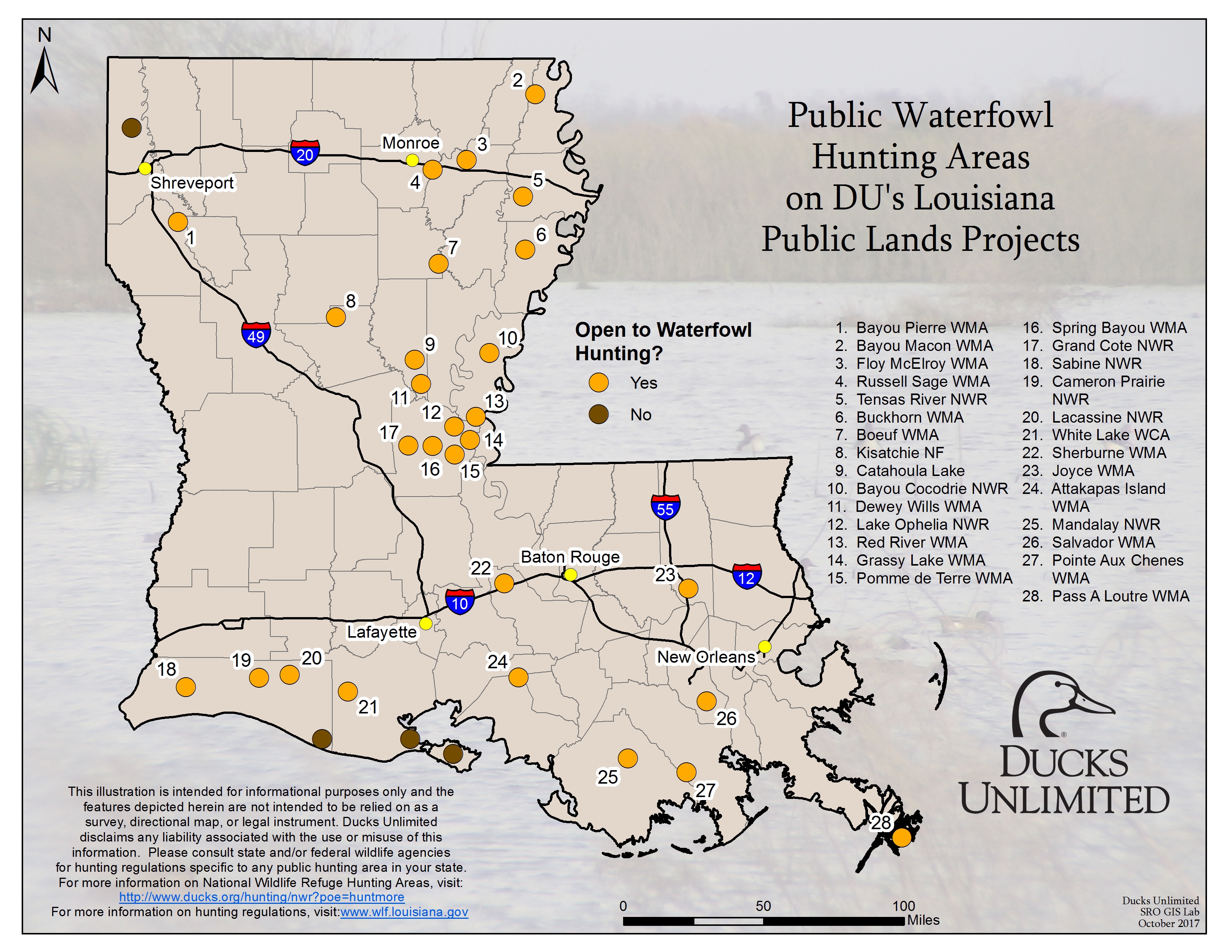 These are public hunting areas in Louisiana with DU projects. 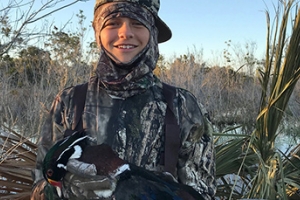 Next: Pay Your Age