On National Hunting and Fishing Day, Thank a Sportsman

A truly special day is happening this weekend that recognizes some of the greatest conservationists in history: hunters and anglers. 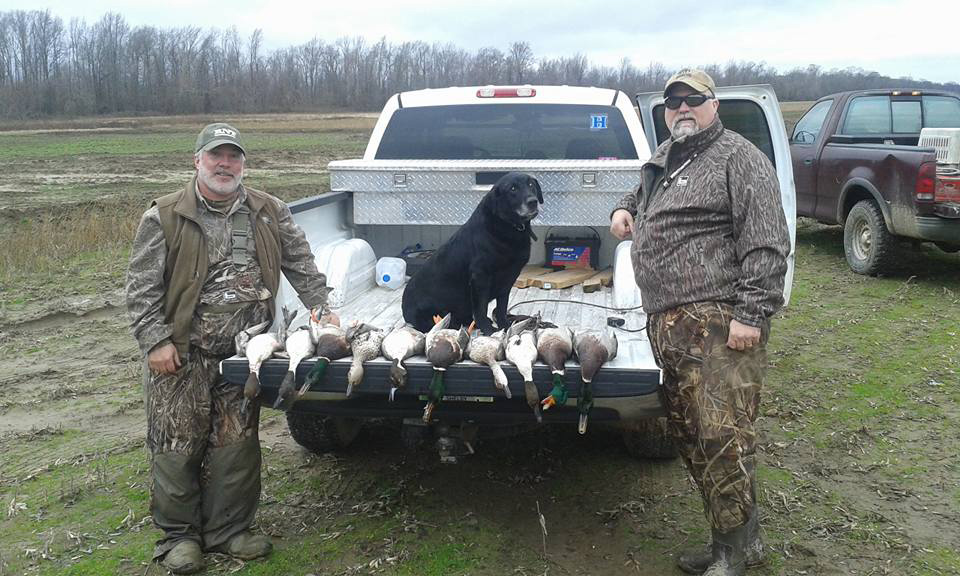 (Bill pictured on the left in 2015 photo) "Nearly 40 years hunting together. Pretty good for a slow morning."

There is a “national day” for just about everything under the sun – from National Cheeseburger Day to “Talk Like a Pirate Day.” We seem to find reasons to both acknowledge and celebrate some pretty random occasions. But there are also some truly special days on the list of national recognition days, and there’s one happening this weekend that recognizes some of the greatest conservationists in history: hunters and anglers. National Hunting and Fishing Day, celebrated on the 4th Saturday each September, was recognized by Congress and signed by President Nixon in 1972, urging Americans to join with sportsmen “in the wise use of our national resources and in insuring their proper management for the benefit of future generations.”

It’s true, those who go afield with rod or gun have been the backbone of every successful effort to conserve and restore our native wildlife and fish species. However, conservation does not begin or end with animals; it begins with the very land and water they require to thrive. For this year’s National Hunting and Fishing Day, this sportsman from a little further north is reflecting on the importance of “Sportsman’s Paradise” – the Mississippi River Delta in coastal Louisiana, that special national treasure where the importance of the land itself is so vital, and where sportsmen have long worked to restore and preserve the resources available for the benefit of our children and grandchildren.

As a duck hunter from Tennessee, I grew up seeing our rivers channeled and leveed. I saw seasonal wetlands and bottomland hardwoods that ducks depended on slowly disappear. In short, the water situation is either feast or famine, and mostly it is famine. Like Louisiana, and every other state along the Mississippi River, we tried to control the rivers, with limited success. Sure our floods became worse, but a lot of bottomland stayed dry just often enough to make it worth farming. In short, where I’m from levees have brought us less water.

Yet in Louisiana, we have the opposite problem caused by the same old “solution.” We channeled and leveed everything we could, all done with the best of intentions. Certainly these control measures lessened the number of seasonal floods of towns and farms in many areas, but it came at a steep cost to wildlife, habitat and an important hunting and fishing heritage that carries both cultural and economic weight. Ironically, much of the very land the levees were designed to protect is quickly disappearing into the Gulf, as a football field of land along Louisiana’s coastline turns into open water every 100 minutes.

That is a stat which can be hard to really grasp. The next time you’re in LSU’s Death Valley, or your local high school field, really look at that land. A field that size could handle two duck blinds (if both are friends), four houses or a heck of a nice rice field. Really consider that while you sit through the game, two of those fields disappeared, and with it went vital fish and wildlife habitat tied to that natural resource.

Louisiana sportsmen don’t have a problem envisioning the coastal land loss crisis because they are on the front lines witnessing the change. They’ve seen the land their grandfathers hunted rabbits on turn into open water, and it often happens fast. They put up their fishing boats for hunting season, and on the first fishing trip of spring their GPS shows land where there’s nothing but open water.

They have sounded the alarm and led the charge on conservation. They demanded strong conservation organizations like the National Wildlife Federation and its Vanishing Paradise program step up and push for coastal conservation, moving important projects forward that deliver maximum benefits. They recognize the need to reconnect the Mississippi River to its delta. They demand our nation take action before Sportsman’s Paradise is just a memory. If you like fish, wildlife and wild places, on this National Hunting and Fishing Day, thank a sportsman. 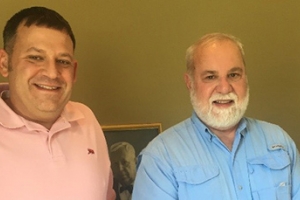 Next: From the Duck Blinds to Legislators We’re Staying Busy