Hot Fishing in a Hot Marsh

Sure it’s hot, but there’s room in the boat for a cooler, and the bass are eating.

Some of the best bass fishing in South Louisiana occurs in the dog days of summer. Sure, it’s tough on us, but the bass are still there, they are eating and, due to abundant vegetation and forage, they are shallow, accessible and willing to blow up a bait on top. 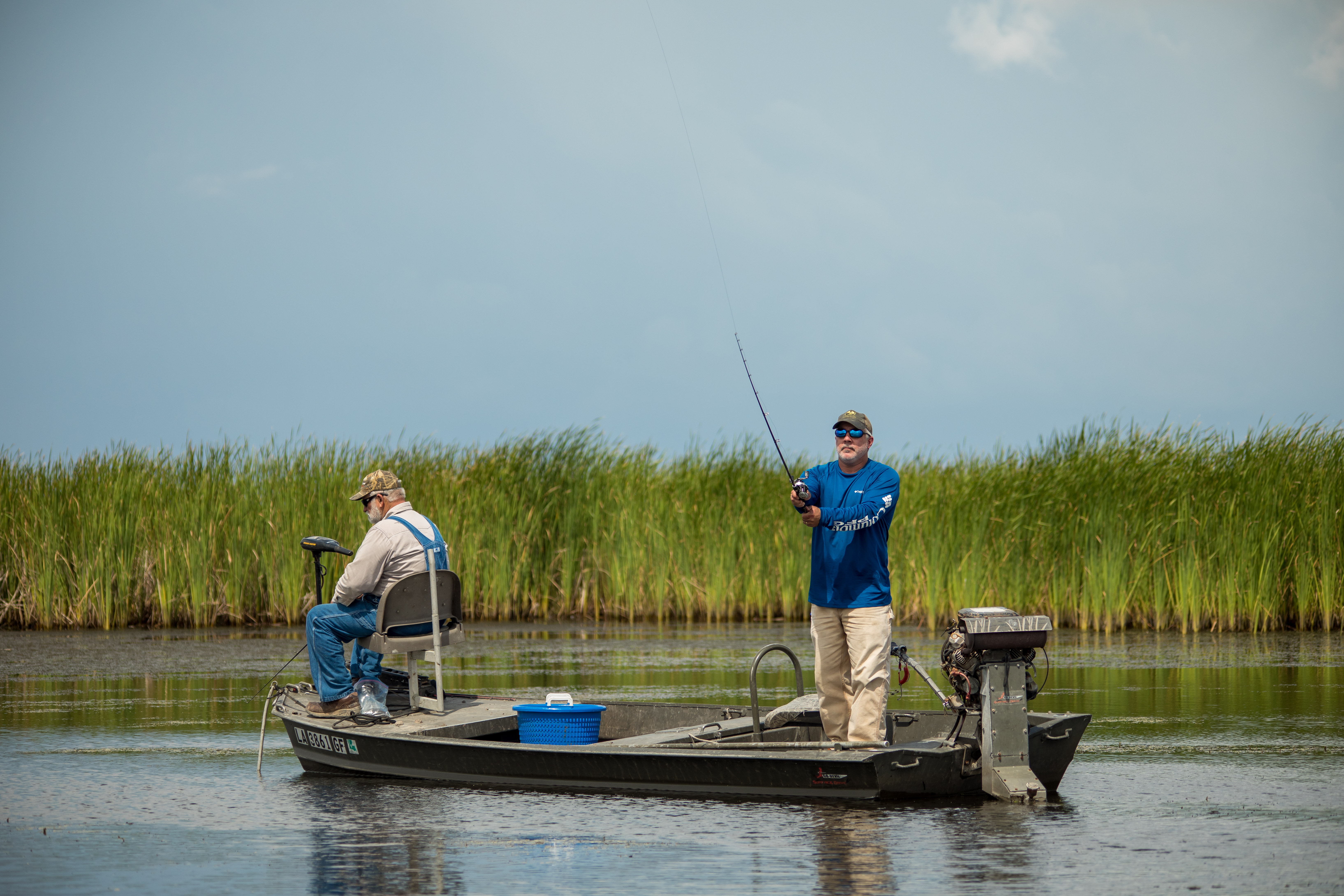 Instead of putting the bass rods away until October, we called an expert on the subject to point us in the direction of bent rods. Burton Angelle of Youngsville is similar to a lot of Louisiana fishermen; he’s a sportsman, an entrepreneur, a conservationist and he’s spent a lifetime fishing the marshes of South Louisiana from Lacassine to Houma. Where he differs is in some of the company he’s kept in the boat. Burton is a freelance sporting photographer who has had the opportunity to spend considerable time in the boat with top bass fishermen like VanDam, Brent Ehrler and just about everyone else you’ve seen walk across the stage at a Bassmaster Elite or Fishing League Worldwide event.

I didn’t have to prompt Burton when it came to fishing. I just asked what bait was first out of the box this time of the year? “Well, if I’m heading to southwest Louisiana, I’m probably going to start out the morning with a frog or buzzbait. The bass water there tends to be very fresh, so it’s pretty much a bass only deal, and there’s nothing like a bass blowing up on top.

“Next up is a spinnerbait. I’ve been fortunate to share the boat with the top bass fishermen in the country, and it seems they can catch bass anywhere with a spinnerbait. It’s also an easy bait to fish. If that bite slows down, I’ll go with worms, jigs and other slow stuff to get a bite, but that’s a last ditch effort. An overcast day often extends the morning topwater bite, and even on sunny days I’ve had bass blow up a frog while I had a ham sandwich in my other hand. Sometimes the sun actually pushes bass into the grass. Also, often that’s when the oxygen content of the water is highest in heavy grass, and that high oxygen makes bass, and bait, more active. 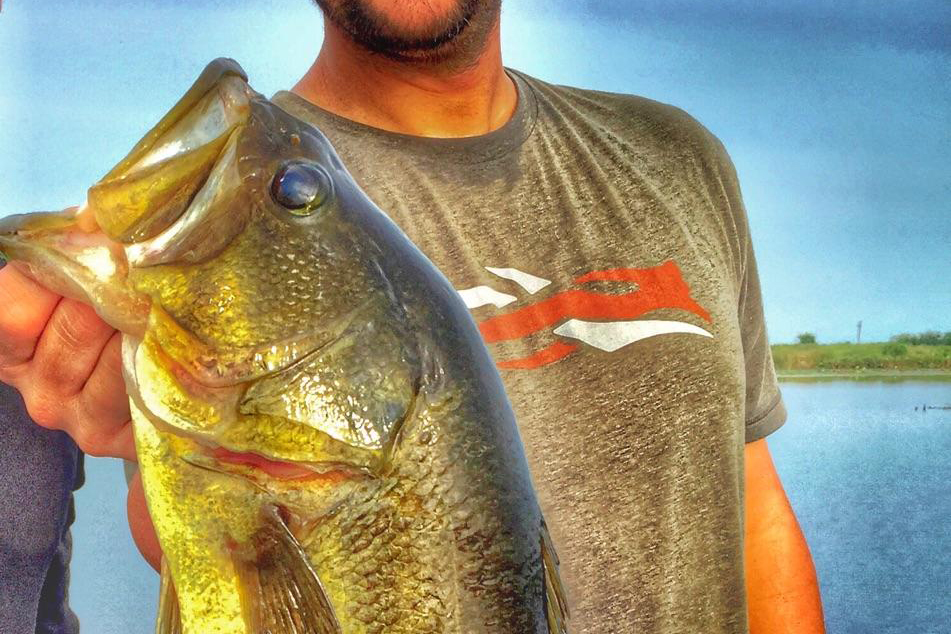 “Also, in really fresh water I tend to go with crawfish colors on my lures, but when I head somewhere like Houma, I start out with baitfish colors. That’s not a hard and fast rule, but it’s kind of where I begin.”

That’s good stuff, and it gets us into the other side of the state. What other differences are there?

“Well, the biggest difference is the variety of fish present. I mean, you can catch a bass one cast and a redfish the next, and that’s not the end of it. I’ve caught trout in water I thought was too fresh and bass in water I was sure was too salty. It’s just fun not knowing what just bit.

“In that area, I like to fish the same kind of stuff we duck hunt in. In fact, I have all our old duck blinds marked on my GPS. A lot of them aren’t visible, but there’s still wood under the water, and the fish key on that different cover. Obviously bass are in the grass and cane, but the hotspots are usually where you find a little something different. Wood is great, but don’t overlook oddball stuff. Even storm debris can provide new places for fish to congregate.

“I generally start just like I do in the west with frogs, buzzbaits and spinnerbaits, but I’m quicker to change. I’ve had some phenomenal days pitching a jig into the Roseau cane. Pay close attention to water temperature. Sometimes current or the shade from cane will make the water in one area a little cooler than elsewhere, and that’s a good clue to fish that area a little harder. Basically, you’re always looking for something a little bit different. Sometimes it’s a tiny spot where the cover is different like some old duck blind posts in a sea of grass. Other times it’s a stretch of cane where the water is a couple of degrees cooler.” 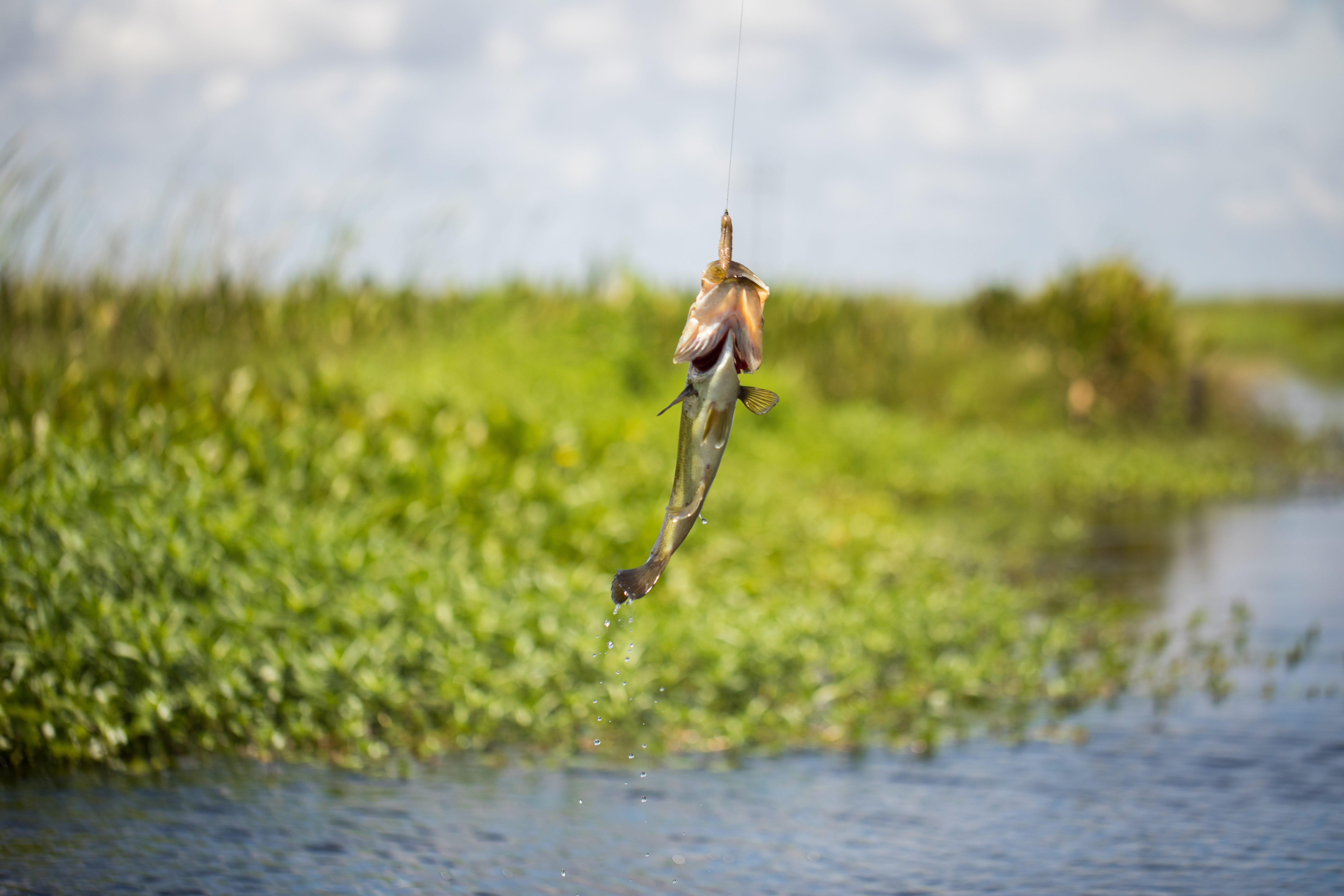 What about storms? They pop up unannounced all over the south at this time of year. How do they impact fishing?

“Well, first let’s talk safety. If there’s lightning or a big wind, use your common sense to get into a protected area. But, if it’s just rain, ride that stuff out. A sudden rain on a summer day is a big change, and I’ve had great success fishing right through. The fish are already wet, and the rain seems to turn everything on. It can be fantastic.”

Sure it’s hot, but there’s room in the boat for a cooler, and the bass are eating. The key, like in any outdoor sport, is to get out there. My father always said, "the two best times to fish are when it’s raining and when it ain’t." 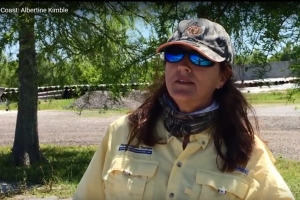