“It almost seems Florida Bay gets murkier every year." 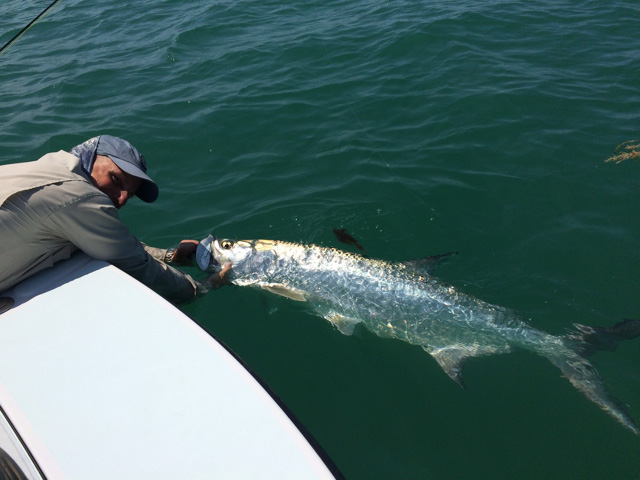 George Hillhouse poses with a Florida Bay tarpon on a 2016 trip.

George Hillhouse is a Texan who grew up in Alabama, but a Boy Scout trip in 1981 took him to his favorite place--the Florida Keys and, to be specific, Florida Bay at Islamorada. “We did so much on that trip, but I still recall the clear water. We fished and dove for lobster. People would take the doors off an old refrigerator, drop them in the water and they’d fill up with lobsters. It was wonderful, and I’ve been going back ever since.

“I went back every chance I got, and for the last several years I’ve tried to spend two weeks there every year. It’s been a special place for my entire family but especially so for my boys. They love it just as I do, and it’s for the same reasons.”

A lifelong fisherman, George doesn’t limit himself to the Keys. “Today I manage minerals for my family’s oil and gas business in Texas, and I fish every chance I get. We have tarpon in Texas too, but it’s not the same. Here, most target 33 feet as the depth to catch tarpon, and we fly guys work hard to get to 20, but in the Keys the fish are shallow. You see them--right there.”

To his eyes though that’s slowly changing, “It almost seems Florida Bay gets murkier every year. The water clarity and quality has obviously dropped, and that’s made very evident by bonefish. I’m no expert, but they aren’t there like they used to be.”

Obviously George spends most of his time well south of the Everglades, but he’s fished there too, and he knows the changes he’s witnessed in Florida Bay are at least partly due to water flow issues to the north. “It’s obvious the water coming is just getting worse. I remember reading in ’87 about an effort to purchase land and build a reservoir south of Okeechobee to return the flow to the Glades. It’s not a new idea, and it’s past time it was done. I absolutely support it.

“I’m very concerned about the future. In the 80s the fishing was so good it would make a modern kid forget his video games! It’s still good, but it’s not that good. That said, I’ll be back.” 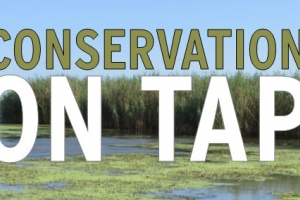 Next: Upcoming Event: Conservation on Tap in Arabi, La.