This summer, 15,000 people—from exhibitors to buyers to outdoor media—converged in Orlando for the 59th International Convention of Allied Sportfishing Trades, better known as ICAST.

This summer, 15,000 people—from exhibitors to buyers to outdoor media—converged in Orlando for the 59th International Convention of Allied Sportfishing Trades, better known as ICAST. Produced by the American Sportfishing Association, ICAST is the world’s largest sportfishing industry trade show and it is the ultimate showcase for the latest innovations in gear and accessories, driving fishing product sales year-round. 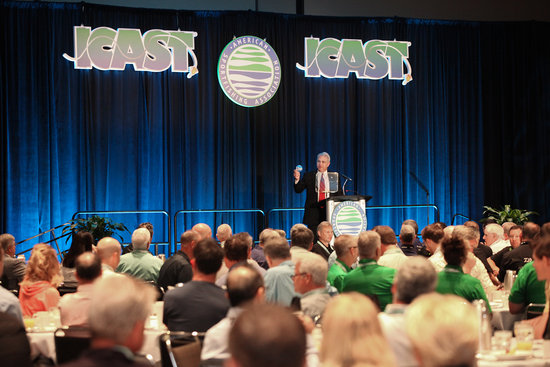 One of key themes at this year’s ICAST was the importance of attracting new people into the sport, and keeping them fishing once they start. Nearly half of Americans have tried fishing, but only 46 million are active participants. And getting the younger generation hooked on fishing is a big concern for the industry.

Protecting and restoring America’s waters is key to getting and keeping anglers fishing. But this summer—even as ICAST set record numbers for attendance— South Florida was in crisis, with water pollution driving outbreaks of toxic algae in the Everglades, and on the South Florida’s east and west coasts.

South Florida is often called the “Fishing Capital of the World,” generating more than $7.6 billion in annual revenue and supporting over 100,000 jobs. The South Florida coast is known for its abundant sea trout, bonefish, snook, redfish and numerous other species.

During ICAST, Vanishing Paradise, the National Wildlife Federation and 150 fishing and hunting-focused businesses and organizations from across the country sent a letter to Congress asking for bold action to address the ongoing crisis in the Everglades and on Florida’s coasts.

“Right now in South Florida, many beaches are covered in green slime and important seagrass beds are dying out. We have projects already drawn up that could have helped avoid this tragedy,” said Collin O’Mara, president and CEO of the National Wildlife Federation. “But delays in funding and implementation mean we have failed to prevent this utterly preventable disaster. This letter makes it clear that sportsmen and women across the country want Congress to take action right now to address the fundamental problem. These next steps include authorizing the Central Everglades Planning Project and providing strong levels of funding for the restoration of this incomparable ecological jewel.”

“Florida is very important to fishing and boating due to the incredible fresh and saltwater resources and they have committed to strong management of those resources,” said American Sportfishing Association President and CEO Mike Nussman. “Restoring water quality throughout south Florida is a top priority for this association. We emphasized for the Governor and the Lieutenant Governor, as well as the commissioners, how important this is for the fishing and boating industries. Our message to them is fast tracking restoration efforts is vital.”

Manley Fuller, president of the Florida Wildlife Federation added, “We could have prevented this year’s crisis, but we didn’t. Anglers and hunters across the country are asking us not make the same mistake again.” 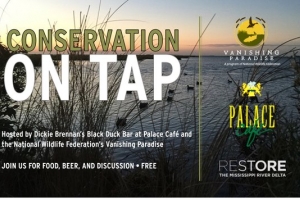 Next: Conservation on Tap this Week in New Orleans